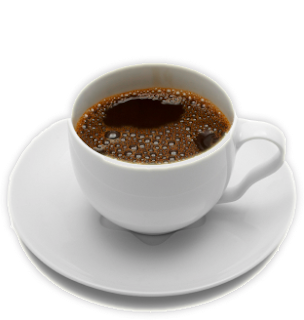 Your early cups of coffee may now do more than simply clear the morning haze.

According to a group of Chinese researchers, a few cups of coffee per day may help prevent the onset of Type 2 diabetes. Funded by various Chinese authorities, the study has been published in the Journal of Agricultural and Food Chemistry.

According to the Chinese scientist’s research, some major coffee components and metabolites are able to inhibit the toxic aggregation of hIAPP (human islet amyloid polypeptide) — which has a suspected link to the onset of Type 2 diabetes.

The three chemicals in coffee that are suggested to help diabetes prevention are caffeic acid, chlorogenic acid and caffeine.

As decaffeinated coffee contains even higher levels of caffeic acid and chlorogenic acid than a caffeinated counterpart, the beneficial effect may be even stronger if you’re one to steer away from caffeine-laden drinks.

By stopping this aggregation, scientists may have a future means in which to reduce this type of diabetes, that an estimated one in 12 Americans suffer with, according to the American Diabetes Association.

However, this study does have its limitations. Dr. Vivian Fonseca, president of medicine and science at the American Diabetes Association, said to USA Today:

“Scientifically, this is a very nice paper, but it has its limitations. This was done in cells, not in animals or people. We also don’t know if the (abnormal deposits arising from hIAPP) are the most important thing in the development of type 2 diabetes, or if it’s something that develops later.”

In short, the study has been focused on results from cell cultures, so there are no current explanations of how caffeine may effect cells within the human body. It is also worth noting that the study is epidemiological, so the research does not prove any cause and effect links — only that there is a measure of association.

Fonseca has advised that it’s too early to start considering coffee as a preventative measure, adding: “if you want to prevent diabetes, there are some very straightforward things to do. You can walk for 30 minutes most days of the week, and reduce calories a little bit and reduce your weight a little.”

By Charlie Osborne
-----------
Suggested by Fredy Liwang, Orlando
http://www.smartplanet.com/blog/smart-takes/coffee-prevents-type-2-diabetes-decaf-is-fine-too/21806
http://www.jacksonscoffeeandgelato.com/images/coffee2.png
Posted by pratanacoffeetalk at 8:54 AM