THE BENEFITS OF SOLITUDE 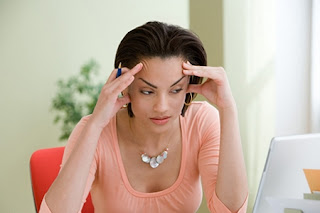 Some recent reading crystallized two hypotheses that have been rattling around in my head for a while now:

Digital crowds work better than real-world ones For some things, nothing works except solitude

These formed after reading a great article by Susan Cain in the New York Times called "The Rise of the New Groupthink." The column is a preview of her new book  Quiet: The Power of Introverts in a World that Can't Stop Talking  (the title alone assures that I will buy it).


The book summarizes a lot of research about what actually happens when people work together in groups, and most of it ain't pretty. As Cain writes,

...decades of research show that individuals almost always perform better than groups in both quality and quantity, and group performance gets worse as group size increases. The "evidence from science suggests that business people must be insane to use brainstorming groups," wrote the organizational psychologist Adrian Furnham...
The reasons brainstorming fails are instructive for other forms of group work, too. People in groups tend to sit back and let others do the work; they instinctively mimic others' opinions and lose sight of their own; and, often succumb to peer pressure

So it seems like we need to add brainstorming sessions to the scrap heap of plausible business techniques that actually don't work that well, along with focus groups and job interviews. The fact that all of these are still so common reflects, I'm sorry to say, the continued triumph of ideology over evidence.

There is one large exception to this rule: groups that come together digitally, rather than in the real world, are often very creative, innovative, and productive. How can this be? According to Cain:

The protection of the screen mitigates many problems of group work. This is why the Internet has yielded such wondrous collective creations. Marcel Proust called reading a "miracle of communication in the midst of solitude," and that's what the Internet is, too. It's a place where we can be alone together -- and this is precisely what gives it power.

I love this idea, and not just because I wrote a book about technology-facilitated collaboration and don't want it to be wrong. I love it because it provides a great counterargument to all the hand-wringing about the Net's isolating and society-corroding tendencies. Alone together has until now been a lament; it should also be a celebration.

The second hypothesis is that as powerful as the Net can be for generating and improving ideas, those of us who think for a living still need to be alone a lot to get good thinking done.

Social modes and tools are dominating the business conversation so completely these days that we risk downplaying or even eliminating individual work and reflection. And this tendency is reinforced by the fact that social work is usually a lot more fun. It's usually a blast to digitally swap ideas; tweet, update, share, comment, 'like,' and multitask with multi-people. It's usually a drag to take yourself away from all that, sit down, disconnect, and start writing, sketching, coding, diagramming - in short, to start thinking.

If and when you get into a flow, solitary work becomes fantastic. But it rarely starts that way. It proceeds the way my marathoner friends tell me their winter training runs go: with a lot of initial discomfort and why-am-I-doing-this? followed eventually by enjoyment and accomplishment.

Getting over that initial hump is hard. And people might stop trying if they start believing that digitally facilitated ensemble work suffices. It doesn't. It's absolutely necessary, but it's not enough when genuine novelty is the goal. We - YOU - also need to spend some time alone, just thinking. The poet Charles Bukowski got it right: "Isolation is the gift."

Andrew McAfee is principal research scientist at the Center for Digital Business in the MIT Sloan School of Management. He is the author of Enterprise 2.0 and the co-author, with Erik Brynjolfsson, of Race Against The Machine.
--------
http://blogs.hbr.org/hbr/mcafee/2012/01/the-surprising-benefits-of-sol.html?google_editors_picks=true
http://www.allyhunt.com/project/flipper/media/2007/12/19/070101-311.JPG
Posted by pratanacoffeetalk at 6:34 PM