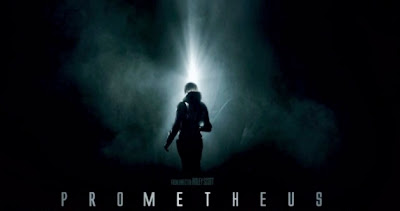 Back in June 2010, filmmaker Ridley Scott revealed that his (then) dual 3D Alien prequel movies would in part explore the history of the Space Jockey – ie. the giant skeletal creature whose punctured remains were discovered by the crew of the Nostromo in Scott’s original 1979 sci-fi/horror classic.

Co-screenwriter Damon Lindelof (the upcoming Star Trek sequel) thereafter retooled the project as a single “standalone” film, titled Prometheus; however, rumors and unconfirmed reports stating that the mysterious Jockey’s backstory would still be explored have continued to circulate ever since.

Filmophilia has published an interview it originally conducted with Scott back in July 2011 – one in which the director not only confirms the appearance of the Jockey, but also delves deeper into the philosophy of both Prometheus and Alien, while also revealing whether or not the iconic Alien xenomorph also will show up in his new sci-fi project.

On the topic of whether or not the Space Jockeys are the “Alien Gods” alluded to in Fox’s official Prometheus synopsis, Scott said the following:

“Yeah, so there you have that. I was always amazed that, I mean, I’ve only done two science-fictions ['Alien' and 'Blade Runner'], but I was always amazed that no one asked who the hell the Space Jockey was. He wasn’t even called the Space Jockey. During the film they started to call it the Space Jockey. I don’t know who started that one off. I always thought it was amazing that no one ever asked who he was, and why was he there? What was all that about? I sat thinking about this for a while and thought, well, there’s a story! And the other four ['Alien' films] missed it! So, here it is.


“… I think one of the reasons why I’ve never gone back to science-fiction, even though I’ve often noodled around, thought about it, looked for story, looked for material, is that there’s a nice purity to the original ‘Alien’. It’s fairly pure. And ['Prometheus'] does actually raise all kinds of other questions, because if someone could, a being, could be as monstrously clever to create something like we experienced in the very first one [ie. the 'Alien' xenomorph] – I always figured it’s a weapon, and I always figured that [the ship in the first 'Alien'] was a carrier of weapons. Therefore, who is that, inside that [Space Jockey] suit? That wasn’t a skeleton, that was a suit. And if you open up the suit, what do you get inside it? And why were they going, where were they going?”


With regards to how Prometheus differs from Alien, in terms of both tone and philosophical background.

“The original ‘Alien’ was a pretty savage engine. I’ve always said it was a C-movie done in an A-way. Because it was the Old Dark House, you know. Seven people in the Old Dark House, and they’re all going to die. (He laughs) And they’re gonna die horribly and that in itself is a tricky exercise, because you can do it well, you can do it badly. But somehow that worked. It turned out pretty well.


“… Things have changed so dramatically [since then] that you can start looking at the idea that all our history can be completely wrong and misguided. Because at some point someone has to put a statement down and have their own thesis, have their own theories. That was then later accepted or later is gradually dissolved and re-drawn or reworked. So now you’ve got the whole changed attitude with NASA, the church and I think even [Stephen] Hawking. Over the last thirty years have gone from “It’s highly unlikely that there’s anyone else in our galaxy, any other force, being in our galaxy,” to now, where they’re conceding that there are probably thousands of different lifeforms in this galaxy. And I think Hawking actually said, “Let’s hope they don’t visit.” And I think the church has conceded as well that it would not be against the word of God if we conceded that there are other lifeforms in this galaxy.


“So, if you take that out, then the door is open. To me, it’s entirely logical. It’s entirely ridiculous to believe that we are the only ones here. That’s why my first thought is that for us to be sitting here right now is actually mathematically impossible without a lot of assistance. Who assisted? Who made the right decisions? Who was pushing and pulling to adjust us? That’s a fair question [that is partially explored in 'Prometheus'].”

Lastly, Scott had the following to say about whether or not the “original” xenomorph from Alien appears in Prometheus:

“Absolutely not. They squeezed it dry. He (the xenomorph) did very well. (He laughs) He survived, he’s now in Disneyland in Orlando, and no way am I going back there. How did he end up in Disneyland? I saw him in Disneyland, Jesus Christ!”

Suffice it to say: Prometheus continues to look and sound like yet another visually-gorgeous, yet also fascinating and cerebral bit of sci-fi cinema, based on Scott’s comments and the recently-released imagery from the film - the production design of which Scott has confirmed was indeed partially supervised by original Alien conceptual artist H.R. Giger. Now, all we need is for the official Prometheus teaser trailer to be fully unveiled…