THE GIRL WITH THE DRAGON TATTOO (video)


The Girl with the Dragon Tattoo is an upcoming English-language drama thriller film that is the second film based on the Swedish novel of the same name (original name in Swedish: "Män som hatar kvinnor", meaning "Men who hate women") by Stieg Larsson.

The first film was the 2009 Swedish-language adaptation. The upcoming film is written by Steven Zaillian and directed by David Fincher. Daniel Craig stars as Mikael Blomkvist, and Rooney Mara stars as Lisbeth Salander. It is scheduled to be released in the United States and Canada on December 21, 2011. In essence, the film follows a man's quest to find a girl who has been missing for 40 years and may have been murdered.

Craig was cast as Blomkvist in July of 2010 with options to reprise the role in the next two films. That August, Mara was cast as Salander. Although the role had drawn the attention of many actresses, some eventually withdrew their names from consideration due to the time commitment and low pay. 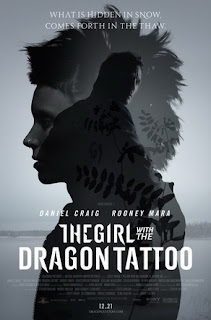