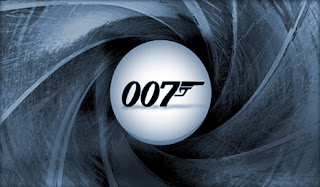 LONDON: The new James Bond film “Skyfall” was unveiled on Thursday, with Daniel Craig returning as 007, half a century after the superspy’s first appearance on the silver screen.

Oscar winner Sam Mendes is directing the film, due for release in late 2012, five decades after Sean Connery first played the debonair secret agent in “Dr No”, launching one of the world’s most popular film franchises.

Spanish actor Javier Bardem will play the villain and Judi Dench again takes on the role of Bond’s tough boss “M” and head of spy agency MI6, the film’s producers told a London press conference attended by some of the stars.

British actors Ralph Fiennes and Albert Finney were also in the cast, and the “Bond girls” would be played by French actress Berenice Marlohe and British actress Naomie Harris.

Mendes reassured fans that the latest movie in the series, legendary for its fast-paced action scenes and daredevil stunts, would contain “all the elements of a classic Bond movie, including a lot of action.”

In keeping with its classic formula, the movie, which is due to begin filming soon, will see the tuxedo-wearing, martini-quaffing spy getting into scrapes across the world, in London, Scotland, Shanghai and Istanbul.


The film, which will have its first release in Britain and Ireland on October 26 next year and its US release on November 9, sees the world’s most famous secret agent on a mission to track down and destroy a threat to MI6.

It is Craig’s third time playing Bond after the films “Casino Royale” in 2006 and “Quantum of Solace” in 2008.

Despite the huge popularity of the Bond franchise, the latest film nearly did not make it off the drawing board after studio giant MGM got into severe financial difficulties.

The project was put on ice in April last year after Metro-Goldwyn-Mayer was offered for sale to resolve its debt problems and stave off bankruptcy.

But the legendary studio, with a catalogue that includes the Bond franchise as well as the “Pink Panther” and “Rocky” series, announced a debt-restructuring rescue deal late last year, paving the way for Bond’s return.

MGM — famous for its trademark roaring lion logo — announced in October last year that its creditors had approved a reorganisation plan with US firm Spyglass Entertainment.

“It was frustrating because there was really nothing I could do about it,” Craig told Thursday’s press conference. “It was a financial issue and I just had to let them get on with it.”
----------
http://www.dawn.com/2011/11/04/new-james-bond-film-skyfall-unveiled.html
http://man-over-board.com/wp-content/uploads/2010/08/007.jpg
Posted by pratanacoffeetalk at 7:45 PM