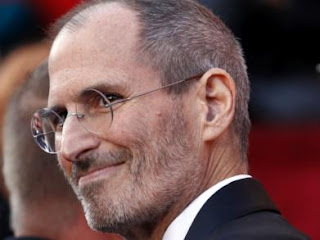 Over the last few months, a steady stream of visitors to Palo Alto, Calif., called an old friend’s home number and asked if he was well enough to entertain visitors, perhaps for the last time.

In February, Steven P. Jobs had learned that, after years of fighting cancer, his time was becoming shorter. He quietly told a few acquaintances, and they, in turn, whispered to others. And so a pilgrimage began.

The calls trickled in at first. Just a few, then dozens, and in recent weeks, a nearly endless stream of people who wanted a few moments to say goodbye, according to people close to Mr. Jobs. Most were intercepted by his wife, Laurene. She would apologetically explain that he was too tired to receive many visitors. In his final weeks, he became so weak that it was hard for him to walk up the stairs of his own home anymore, she confided to one caller.

Sorry, she replied. He had only so much energy for farewells. The man who valued his privacy almost as much as his ability to leave his mark on the world had decided whom he most needed to see before he left.

Mr. Jobs spent his final weeks — as he had spent most of his life — in tight control of his choices. He invited a close friend, the physician Dean Ornish, a preventive health advocate, to join him for sushi at one of his favorite restaurants, Jin Sho in Palo Alto. He said goodbye to longtime colleagues including the venture capitalist John Doerr, the Apple board member Bill Campbell and the Disney chief executive Robert A. Iger. He offered Apple’s executives advice on unveiling the iPhone 4S, which occurred on Tuesday. He spoke to his biographer, Walter Isaacson. He started a new drug regime, and told some friends that there was reason for hope.

But, mostly, he spent time with his wife and children — who will now oversee a fortune of at least $6.5 billion, and, in addition to their grief, take on responsibility for tending to the legacy of someone who was as much a symbol as a man.

“But for Steve, it was all about living life on his own terms and not wasting a moment with things he didn’t think were important. He was aware that his time on earth was limited. He wanted control of what he did with the choices that were left.”

In his final months, Mr. Jobs’s home — a large and comfortable but relatively modest brick house in a residential neighborhood — was surrounded by security guards. His driveway’s gate was flanked by two black S.U.V.’s.

On Thursday, as online eulogies multiplied and the walls of Apple stores in Taiwan, New York, Shanghai and Frankfurt were papered with hand-drawn cards, the S.U.V.’s were removed and the sidewalk at his home became a garland of bouquets, candles and a pile of apples, each with one bite carefully removed.

“Everyone always wanted a piece of Steve,” said one acquaintance who, in Mr. Jobs’s final weeks, was rebuffed when he sought an opportunity to say goodbye. “He created all these layers to protect himself from the fan boys and other peoples’ expectations and the distractions that have destroyed so many other companies.

“But once you’re gone, you belong to the world.”

Mr. Jobs’s biographer, Mr. Isaacson, whose book will be published in two weeks, asked him why so private a man had consented to the questions of someone writing a book. “I wanted my kids to know me,” Mr. Jobs replied, Mr. Isaacson wrote Thursday in an essay on Time.com. “I wasn’t always there for them, and I wanted them to know why and to understand what I did.”

Because of that privacy, little is known yet of what Mr. Jobs’s heirs will do with his wealth. Unlike many prominent business people, he has never disclosed plans to give large amounts to charity. His shares in Disney, which Mr. Jobs acquired when the entertainment company purchased his animated film company, Pixar, are worth about $4.4 billion. That is double the $2.1 billion value of his shares in Apple, perhaps surprising given that he is best known for the computer company he founded.

Mr. Jobs’s emphasis on secrecy, say acquaintances, led him to shy away from large public donations. At one point, Mr. Jobs was asked by the Microsoft founder Bill Gates to give a majority of his wealth to philanthropy alongside a number of prominent executives like Mr. Gates and Warren E. Buffett. But Mr. Jobs declined, according to a person with direct knowledge of Mr. Jobs’s decision.

Now that Mr. Jobs is gone, many people expect that attention will focus on his wife, Laurene Powell Jobs, who has largely avoided the spotlight, but is expected to oversee Mr. Jobs’s fortune. A graduate of the University of Pennsylvania and the Stanford Graduate School of Business, Mrs. Powell Jobs worked in investment banking before founding a natural foods company. She then founded College Track, a program that pairs disadvantaged students with mentors who help them earn college degrees. That has led to some speculation in the philanthropic community that any large charitable contributions might go to education, though no one outside Mr. Jobs’s inner circle is thought to know of the plans.

Mr. Jobs himself never got a college degree. Despite leaving Reed College after six months, he was asked to give the 2005 commencement speech at Stanford.

In that address, delivered after Mr. Jobs was told he had cancer but before it was clear that it would ultimately claim his life, Mr. Jobs told his audience that “death is very likely the single best invention of life. It is life’s change agent.”

The benefit of death, he said, is you know not to waste life living someone else’s choices.

“Don’t let the noise of others’ opinions drown out your own inner voice. And most important, have the courage to follow your heart and intuition.”

In his final months, Mr. Jobs became even more dedicated to such sentiments. “Steve’s concerns these last few weeks were for people who depended on him: the people who worked for him at Apple and his four children and his wife,” said Mona Simpson, Mr. Jobs’s sister. “His tone was tenderly apologetic at the end. He felt terrible that he would have to leave us.”

As news of the seriousness of his illness became more widely known, Mr. Jobs was asked to attend farewell dinners and to accept various awards.

He turned down the offers. On the days that he was well enough to go to Apple’s offices, all he wanted afterward was to return home and have dinner with his family. When one acquaintance became too insistent on trying to send a gift to thank Mr. Jobs for his friendship, he was asked to stop calling. Mr. Jobs had other things to do before time ran out.

“He was very human,” Dr. Ornish said. “He was so much more of a real person than most people know. That’s what made him so great.”