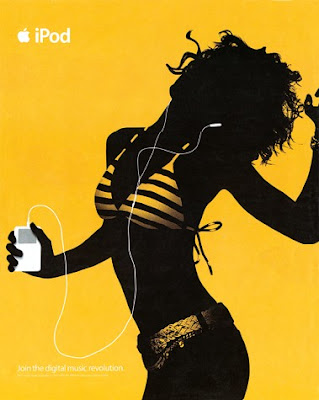 Steve Jobs’s true genius was in design—from phones to retail, he reshaped our world with a look that was cool, clean, and friendly.

When it came to design, Steve Jobs lived Apple’s “Think Different” mantra. Many major corporations use design to benefit their bottom lines, but Apple’s entire ethos was design. And it was hardwired in Jobs. Even when he was heading NeXT, the educational-computer company he founded, product and graphic design drove his strategy. He went so far as to get special dispensation from IBM to commission the NeXT logo from Paul Rand, designer of the IBM, ABC, and Westinghouse logos. When Jobs returned to Apple, he took its design to new levels, profoundly influencing the look of 21st-century computer technology.

Apple products became designers’ best friends, forever altering the practice of everything from graphic design to architecture by placing production power in the hands of creators. Jobs realized that creative people were not simply his primary customers, they were the willing propagandists of the brand. He so keenly understood his end users, and treated them with respect, that they went forth and exponentially multiplied.

Jobs integrated a range of designers into all aspects of the company—from hard- to software, from product to package, from corporate identity to advertising. He found roles for graphic, industrial, interior, and user-experience designers. But not as stylists. Jobs never slavishly reacted to the market’s fickle whims or wants; he accepted that his role was to educate people to the potential of personal technology and enhance their appreciation of design. He used design to alter behavior and consequently altered his users’ behavior through innovative design.

Unlike many other tech companies, design was the engine in Jobs’s world. Designers were not injected as foreign organisms into the middle or end of the conceptual and engineering process, after the engineers and marketers did the meaningful work. Rather, designers were involved at the outset as equal creative partners. Form did not follow function; it was an integral part of the functional calculus. Jonathan Ive, Apple’s visionary product designer, didn’t just make boxes in which circuit boards and chips were tucked out of sight. He designed machines that were gateways to satisfying, and often ecstatic, user experiences.

Some Apple designs either fell short or were ahead of the times. The Macintosh G4 Cube was sexy in a futuristic way but not as practical as it might have been. The Newton was a portent of things that had not yet come. Yet the ratio of misstepping to sure-footing was remarkably low. No Edsels or New Coke at Apple. Design rarely outran the technology but rather helped frame and, more important, define Apple as accessible for us all.

Jobs was an equal-opportunity design patron. He never distinguished, as many brand conglomerates do, between high and low design for high-end and low-end markets. One brand fit all. Apple did not hide a discount sub-brand behind tasteless graphics—although fair discounts offered to educators and some professions were routinely available. Every customer got the same logo, package, and product. Design was not used to mask shoddy goods or inflate prices. Jobs’s sense of quality was legend. He instilled his designers with extra pride. Likewise it was expected that every Apple customer would experience pride of ownership. From the boxes in which adapters and earbuds were sold to the look of the apps that are now so ubiquitous, the end user expected the best, the clearest, the cleanest.


And what about those Apple stores? Part museum, part retail mall—with great shopping bags, too.

Even Jobs’s personal brand—his mock black turtleneck and faded blue jeans—was by no means ad hoc. He looked as he wanted his customers to feel—comfortable! If one is intimidated by the CEO, then what does that say about the product? Even on that fundamental level, designing an experience was paramount. Rarely has design been so valued by a corporate CEO, and rarely is design’s value so inextricably tied to the reputation of a corporation. Jobs was a holistic designer—everything, everywhere, was designed well. And that is the essence of thinking different.