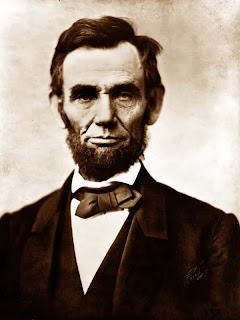 In managing the country store, as in everything that he undertook for others, Lincoln did his very best. He was honest, civil, ready to do anything that should encourage customers to come to the place, full of pleasantries, patient, and alert.

On one occasion, finding late at night, when he counted over his cash, that he had taken a few cents from a customer more than was due, he closed the store, and walked a long distance to make good the deficiency.

At another time, discovering on the scales in the morning a weight with which he had weighed out a package of tea for a woman the night before, he saw that he had given her too little for her money. He weighed out what was due, and carried it to her, much to the surprise of the woman, who had not known that she was short in the amount of her purchase.

Innumerable incidents of this sort are related of Lincoln, and we should not have space to tell of the alertness with which he sprang to protect defenseless women from insult, or feeble children from tyranny; for in the rude community in which he lived, the rights of the defenseless were not always respected as they should have been. There were bullies then, as now.
---------
http://www.inspirationalstories.com/1/108.html
http://media.photobucket.com/image/ABRAHAM%20LINCOLN/melanieclewis/Virginia%2520Studies%25203/abraham-lincoln.jpg
Posted by pratanacoffeetalk at 9:22 AM