1. The story behind Apple's name

Most tech companies adopt curious names – Netflix, Flickr, Microsoft, Bitly. Some choose names for their futuristic sound; others drop vowels in order to secure cheap Web addresses. Either way, few embrace the extreme simplicity of a moniker like Apple.

Isaacson writes that "the Steves" had that Hollywood-villain-sounding name on their short list. Executek, which is actually now the name of a different tech firm, was passed over, of course, along with "Matrix Electronics" and "Personal Computers Inc."

Before the company took off, Jobs would visit the commune-style All-One Farm in Oregon for months at a time. The name came to him during one of his stays there.

"I was on one of my fruitarian diets," he told Isaacson. "I had just come back from the apple farm. It sounded fun, spirited, and not intimidating. Apple took the edge off the word 'computer.' "


2. The story behind the black turtlenecks 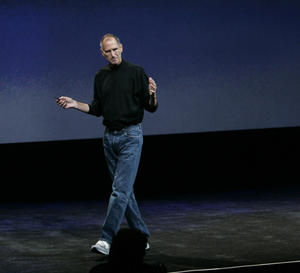 Steve Jobs always understood the value of branding – the iconic Apple logo, the strong yet simple gadget designs, and, of course, the black turtlenecks.

Isaacson traced the sartorial tale back to the early 1980s, when Jobs visited a Sony factory in Japan. Everyone in Sony's factories wore uniforms, a practice that began “after the war, [when] no one had any clothes, and companies like Sony had to give their workers something to wear each day.” Soon, uniforms become a symbol of each workers' connection to his company.

"Sony, with its appreciation for style, had gotten the famous designer Issey Miyake to create its uniform. It was a jacket made of rip-stop nylon with sleeves that could unzip to make it a vest. So Jobs called Miyake and asked him to design a vest for Apple, Jobs recalled, 'I came back with some samples and told everyone it would [be] great if we would all wear these vests. Oh man, did I get booed off the stage. Everybody hated the idea.' "

Jobs abandoned the program. But he still liked the idea.

Wearing the same thing everyday has the “ability to convey a signature style.” So, Jobs turned to Miyake, who has already designed a black turtleneck. Jobs ordered “like a hundred.”


3. His sister is a famous author

Steve Jobs was adopted at birth. But don't call Paul and Clara Jobs his "adoptive parents."

As Isaacson wrote, " 'They were my parents 1,000%,' he said. When speaking about his biological parents, on the other hand, he was curt: 'They were my sperm and egg bank. That's not harsh, it's just the way it was, a sperm bank thing, nothing more.' "

Jobs had a sister, who was also adopted, and biological sister. The latter is actually famous in her own right.

You can hear Ms. Simpson talk about her brother in the video below. The discussion turns to Jobs at the 10:30 mark.

Jobs had a complicated relationship with other tech luminaries. Despite his famous rivalry with Microsoft founder Bill Gates, the two men, and the two companies, worked together on several occasions.

Similarly, Apple integrates Google services into several aspects of the iPhone, iPad, and Macs. But Jobs also harbored some animosity toward the search engine company. Android, he said, was Google committing "grand theft" against the iPhone.

During an interview about a patent lawsuit that Apple filed against Google, Jobs expressed frustration with his digital rival.

"Our lawsuit is saying, 'Google you ... ripped off the iPhone, wholesale ripped us off,' " he told Isaacson. "I will spend my last dying breath if I need to, and I will spend every penny of Apple's $40 billion in the bank, to right this wrong. I'm going to destroy Android, because it's a stolen product."

"I'm willing to go thermonuclear war on this," he added. 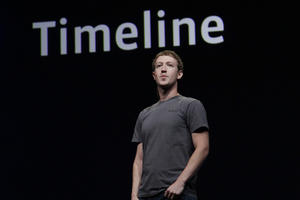 Jobs sang a different tune when it came to Facebook and its CEO, Mark Zuckerberg.

"You know we talk about social networks in the plural but I don't see anybody other than Facebook out there. It's just Facebook. They're dominating this," he told Isaacson. "I admire Mark Zuckerberg. I only know him a little bit, but I admire him for not selling out. For wanting to make a company. I admire that a lot."

It seems Zuckerberg admired the Apple CEO as well. When Jobs died on Oct. 5, Zuckerberg posted on his own Facebook profile: "Steve, thank you for being a mentor and a friend. Thanks for showing that what you build can change the world. I will miss you."
----------
http://www.csmonitor.com/Innovation/2011/1025/Five-surprising-facts-from-the-new-Steve-Jobs-biography/The-story-behind-Apple-s-name
Posted by pratanacoffeetalk at 5:52 PM