TALENT IS NOTHING WITHOUT FOCUS AND ENDURANCE 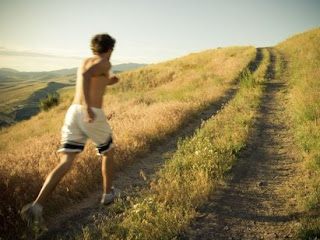 In sports, one never imagines that you can get by on talent alone. Take Roger Federer or Michael Jordan, for instance. Although each man’s one-of-a-kind natural talent is undeniable, we are also keenly aware of the grueling hours of practice that were necessary to mold that talent into true greatness. So why should it be any different with creativity?


The stories we tell ourselves about creative achievement nearly always focus on the holy grail of inspiration, and leave out the rather important bits about perspiration. Which is why I want to highlight renowned Japanese novelist Haruki Murakami’s memoir, What I Talk About When I Talk About Running, as the next installment in our "Creative’s Bookshelf" series. 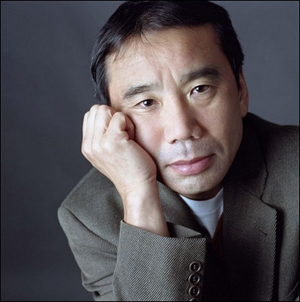 Murakami came to writing later in life. After running a successful jazz bar in Tokyo for about ten years, he suddenly had the notion to write a novel. After his first two novels — both written in the wee hours of the morning after he closed the bar — were well-received, he decided to shut down his business and try his hand at writing full-time. To balance the sedentary nature of this new lifestyle, he also started running.

It's not surprising then that, for Murakami, the act of running and the act of creating are inextricably linked. As he writes about the evolution of his running career — from his first marathon to his first ultramarathon (62 miles) to his first triathlon — he constantly circles back to how his athletic experiences have impacted his writing practice, and vice versa. For Murakami, the creative process is a sport.

Here's what he has to say about talent, focus, and endurance:


In every interview I'm asked what's the most important quality a novelist has to have. It’s pretty obvious: talent. Now matter how much enthusiasm and effort you put into writing, if you totally lack literary talent you can forget about being a novelist. This is more of a prerequisite than a necessary quality. If you don’t have any fuel, even the best car won’t run.


The problem with talent, though, is that in most cases the person involved can’t control its amount or quality. You might find the amount isn’t enough and you want to increase it, or you might try to be frugal and make it last longer, but in neither case do things work out that easily. Talent has a mind of its own and wells up when it wants to, and once it dries up, that’s it. Of course, certain poets and rock singers whose genius went out in a blaze of glory—people like Schubert and Mozart, whose dramatic early deaths turned them into legends—have a certain appeal, but for the vast majority of us this isn’t the model we follow.


If I’m asked what the next most important quality is for a novelist, that’s easy too: focus—the ability to concentrate all your limited talents on whatever’s critical at the moment. Without that you can’t accomplish anything of value, while, if you can focus effectively, you’ll be able to compensate for an erratic talent or even a shortage of it. I generally concentrate on work for three or four hours every morning. I sit at my desk and focus totally on what I’m writing. I don’t see anything else, I don’t think about anything else.
...
After focus, the next most important thing for a novelist is, hands down, endurance. If you concentrate on writing three or four hours a day and feel tired after a week of this, you’re not going to be able to write a long work. What’s needed of the writer of fiction—at least one who hopes to write a novel—is the energy to focus every day for half a year, or a year, or two years.
...
Fortunately, these two disciplines—focus and endurance—are different from talent, since they can be acquired and sharpened through training. You’ll naturally learn both concentration and endurance when you sit down every day at your desk and train yourself to focus on one point. This is a lot like the training of muscles I wrote of a moment ago. You have to continually transmit the object of your focus to your entire body, and make sure it thoroughly assimilates the information necessary for you to write every single day and concentrate on the work at hand. And gradually you’ll expand the limits of what you’re able to do. Almost imperceptibly you’ll make the bar rise. This involves the same process as jogging every day to strengthen your muscles and develop a runner’s physique. Add a stimulus and keep it up. And repeat. Patience is a must in this process, but I guarantee results will come.


In private correspondence the great mystery writer Raymond Chandler once confessed that even if he didn’t write anything, he made sure he sat down at his desk every single day and concentrated. I understand the purpose behind his doing this. This is the way Chandler gave himself the physical stamina a professional writer needs, quietly strengthening his willpower. This sort of daily training was indispensable to him.
...
Most of what I know about writing I’ve learned through running every day. These are practical, physical lessons. How much can I push myself? How much rest is appropriate—and how much is too much? How far can I take something and still keep it decent and consistent? When does it become narrow-minded and inflexible? How much should I be aware of the world outside, and how much should I focus on my inner world? To what extent should I be confident in my abilities, and when should I start doubting myself? I know that if I hadn’t become a long-distance runner when I became a novelist, my work would have been vastly different. How different? Hard to say. But something would definitely have been different.

For those seeking motivation, What I Talk About serves as a bracing reminder that there's no substitute for hard work. Indeed, practice makes perfect.