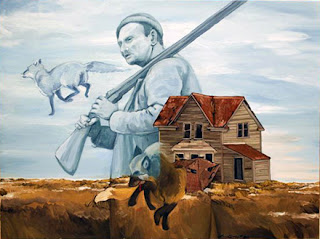 There is a story about an old fox hunter. He had been extremely successful, but he finally decided to retire and go south for the winters.

Before he left for his first winter in a warmer climate, an energetic young man came to him and asked how to become as successful as the old hunter. He offered to buy the old man's shop, his hunting rights, and even his secrets for successfully hunting foxes. The old hunter agreed; he sold the young man all his goods and carefully told him all the secrets to his great hunting success.


When the old man returned in the spring, he sought out the young man and asked how his first season as a fox hunter had been. Discouraged, the young man admitted that he had not caught a single fox. The old man pressed further: had he followed the instructions given him? "Well, no," answered the young man. "I found a better way."