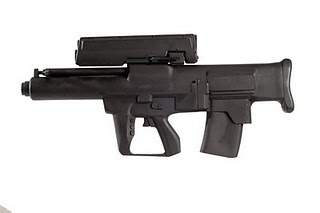 There's a good reason soldiers call it "the Punisher." With the XM25 grenade launcher, which the Army has tested in Afghanistan, shooters can set the grenade to explode in the air at a precise distance, allowing them to hit targets that are shielded from the front.

Many high-tech weapons are announced by military scientists and defense firms with great fanfare; then the systems can fade into obscurity once they face the realities of war. But the XM25 Counter Defilade Target Engagement System—a grenade launcher with a ballistic computer that places air-bursting rounds with precision—has been field-tested in Afghanistan, where a limited number of troops determined its readiness for wider deployment. 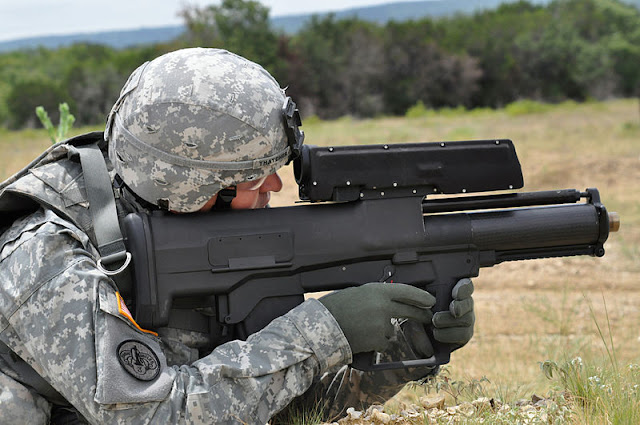 In 2010, the Army delivered five XM25s to soldiers in Afghanistan; they fired 55 rounds in combat and dubbed the weapon "the Punisher." This year XM25 developer ATK received $65.8 million to finalize the design. Based on soldier feedback, the system will be lighter and have longer battery life than the prototypes and an increased range. It could enter service in 2013.

The XM25 Counter Defilade Target Engagement (CDTE) System, also known as the Punisher, is an air burst grenade launcher derived from the XM29 OICW. It was fielded to soldiers serving in the War in Afghanistan and is projected to enter full-rate 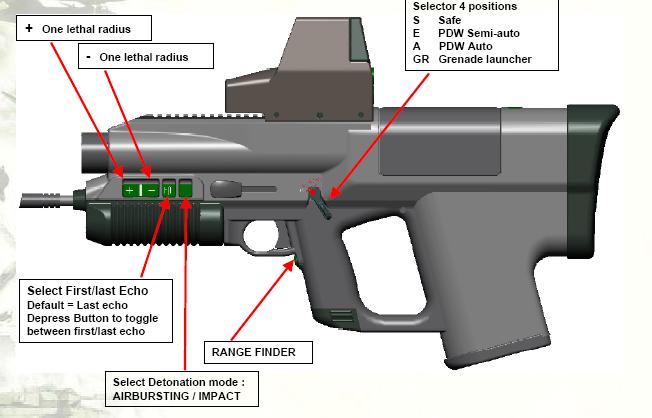 It fires 25 mm grenades that are set to explode in mid-air at or near the target. A laser rangefinder in the weapon is used to determine the distance to the target. The user can manually adjust the detonating distance by up to 10 feet (3.0 m) shorter or longer; the XM25 automatically transmits the detonating distance to the grenade in the firing chamber. The grenade tracks the distance it has traveled by the number of spiral rotations after it is fired, then detonates at the proper distance to produce an air burst effect. These features make the XM25 more effective than traditional grenade launchers at the task of hitting targets that are behind cover or dug into the ground (i.e. in defilade.) One of the weapon's developers, Richard Audette, believes that the XM25 is a big leap forward because it is the first small arms weapon to use smart technology.

The system has been developed by Heckler & Koch and Alliant Techsystems, while the target acquisition/fire control is developed by L-3 IOS Brashear. 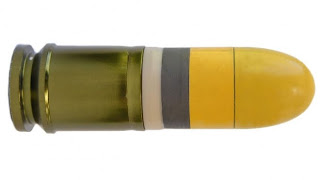 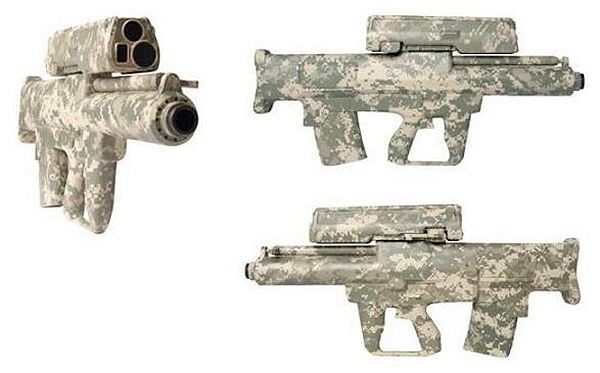 Alliant Techsystems has indicated that the rifle may later use bullets with smaller explosive charges which will stun opponents rather than killing them.

Five of the weapons were deployed with the 101st Airborne Division in Afghanistan in October of 2010, along with 1,000 hand-made air-burst rounds. The soldiers reported that the weapon was extremely effective at killing or neutralizing enemy combatants firing on US troops from covered positions. The US troops have nicknamed the weapon, "The Punisher." First contact was 3 December 2010. As of February 2011, the weapon has been fired 55 times at a price of $1000 each, but price is expected to be $35 per shot when in full production, scheduled from 2012. 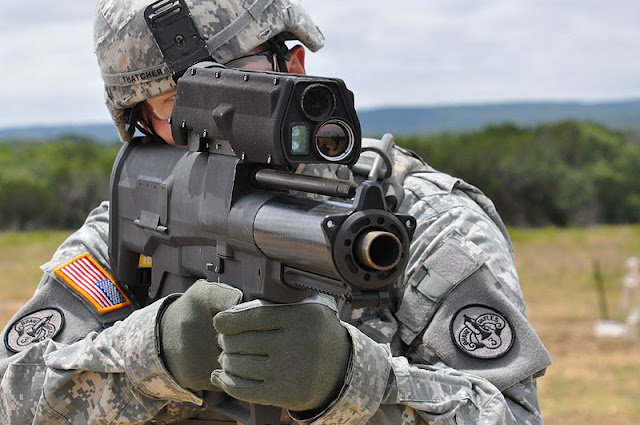 A soldier uses the data from a laser rangefinder to manually set the distance at which the round will detonate.

A ballistic computer on the weapon determines the flight profile and sends information to a microchip in the round.

A reciprocating barrel reduces recoil. The round measures distance traveled by the number of times it spins.

The round explodes in the air near an other-wise shielded target.

Posted by pratanacoffeetalk at 8:47 AM