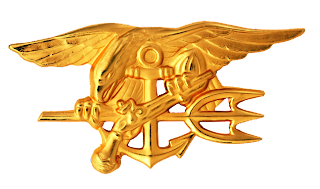 For the Navy SEALs, it was Black Friday.

The elite unit of 2,000 men is trained to be prepared for just about anything. But even for them, this was too much: Twenty-two Navy SEALs killed when their helicopter was reportedly shot down over the hills of Afghanistan early Saturday at the conclusion of a mission begun late Friday, the bloodiest day in the unit’s 49-year history.


“This is Black Friday. This is how it will be remembered,” Dick Couch, a retired Navy SEAL captain who served in Vietnam, told The Daily yesterday. “These guys, they are brothers.”

As the country reeled from the S&P downgrade, the tightly knit community of Navy SEALs prepared to mourn.

“There are a lot of very difficult phone calls being made right now,” Couch, 68, who is now an author but sometimes trains and embeds with the SEALs, said yesterday. “With 2,000 operational SEALs, to lose 22, you’re losing 2 percent of your force. This is a tragedy.”

PHOTO: MC2 John Scorza
100930-N-4420S-301 TOMS RIVER, N.J. (Sept. 30, 2010) Navy SEALs from all over the country took turns pounding the Tridents taken from their uniforms into the casket of Special Warfare Operator (SEAL) 3rd Class Denis Miranda during his funeral. One Special Forces operator placed his Special Forces patch on the casket. Miranda was one of nine service members killed when the helicopter in which they were traveling crashed in Zabul Province in Southern Afghanistan Sept. 21. (U.S. Navy photo by Mass Communication Specialist 2nd Class John Scorza/Released)

Yesterday, Stew Smith, a retired Navy SEAL officer, waited for the list of names he knew would be coming. He said hearing about the deaths was devastating. “I woke up and felt like I got punched in the gut,” Smith told The Daily. “Any feelings of toughness that you may have from years of doing your job, it just all goes away,” he said, his voice suddenly unsteady with emotion. “You realize: We’re not invincible.”

For the men and family members of SEAL Team Six, the Virginia Beach-based, uber-elite unit of just 200 that carried out Friday’s raid and took out Osama bin Laden in May, the loss promises to be especially acute.

With an attrition rate of 90 percent, all SEALs are elite, not only physically but intellectually as well. But SEAL Team Six is said to be particularly talented. The group has been deployed on missions to hunt Panamanian strongman Manuel Noriega and Somali warlord Mohamed Farrah Aidid, and is one of the most feared and respected special operations forces in the world.

In Virginia Beach, though, those SEALs are simply part of the community.

Physically imposing, intelligent, humble. Those are the words Christopher Smith, an assistant manager at the Virginia Beach military supply store Drajon Tactical Outfitters, used to describe the men who arrive to buy gear or just hang out. “There are a lot of imposters that come in. But you can always tell a SEAL. You know a SEAL when you see one. They’re quiet. They know what they’re doing, so they don’t have to talk big.”

The intense bond created between SEALs often extends beyond the field of battle. Families of SEAL teams become close and it’s not unusual for SEALs to go into business together after they leave the military.

But life in the elite unit comes with its share of challenges. Divorce among SEALs is common, for example, with many of them spending between seven to 10 months of the year away from home on missions. And like any one else in the military, many of them risk leaving loved ones behind for good.

Smith, 43, said the exclusive group of SEALs will feel each loss deeply. “We’re not machines,” he said. “We’re humans just like everybody else.”

Across the country yesterday, Couch said SEALs were likely deploying earlier than scheduled to pick up the fight where Seal Team Six left off Friday. “Sometimes we think these guys are so good, and so professional and so experienced that they might be invulnerable,” Couch said. “That’s not the case. But this is the life they choose.