THE THINGS THAT MAKE STEVE JOBS SO GREAT 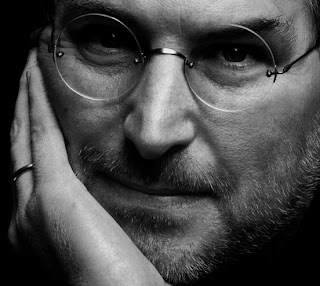 Steve Jobs isn't an engineer or a designer. But he's one of the greatest users of technology of all time, and that made all the difference.

In the wake of Steve Jobs's resignation, let's consider the greatest decision he ever made. It didn't happen in a garage in Cupertino, sweating with Steve Wozniak as they dreamed up a computer for the common man. Or in a conference room, as managers told him that no one would ever pay $500 for a portable music player. Or in another conference room, as new managers told him no one would ever pay $400 for a cellphone. Rather, it was in a dusty basement of the Apple campus.

Jobs had just recently come back to the company, after a 12-year layoff working for two of his own startups: NeXT, which made ultra-high-end computers, and Pixar. He was taking a tour of Apple, becoming reacquainted with what the company had become in the years since he'd left. It must have been a sobering, even ugly sight: Apple was dying at the hands of Microsoft, IBM, Dell, and a litany of competitors who were doing what Apple did, only cheaper, with faster processors.

His tour finally brought him to the workbench of a solitary designer who was ready to quit after just a year on the job, languishing amid a stack of prototypes. Among them was monolithic monitor with a teardrop swoop, which managed to integrate all of a computer's guts into a single package. In that basement Jobs saw what middle managers did not. He saw the future. And almost immediately he told the designer, Jonathan Ive, that from here on out they'd be working side-by-side on a new line.

Steve Jobs may not be the greatest technologist or engineer of his generation. But he is perhaps the greatest user of technology to ever live, and it was Apple's great fortune that he also happened to be the company's founder.

Those computers that Ive and Jobs worked on became, of course, the iMac--a piece of hardware designed with an unprecedented user focus, all the way to the handle on top, which made it easy to pull out of the box. ("That's the great thing about handles," Ive told Fast Company in 1999. "You know what they're used for.") And while it seems condescending to say that Jobs's greatest moment was finding someone else who was great, it's not. That single moment in the basement with Ive tells you a great deal about what made Steve Jobs the most influential innovator of our time. It shows you the ability to see a company from the outside, rather than inside as a line manager. He didn't see the proto iMac as a liability or a boondoggle. He saw something that was simply better than what had preceded it, and he was willing to gamble based on that instinct. That required an ability to think first and foremost as someone who lives with technology rather than produces it. 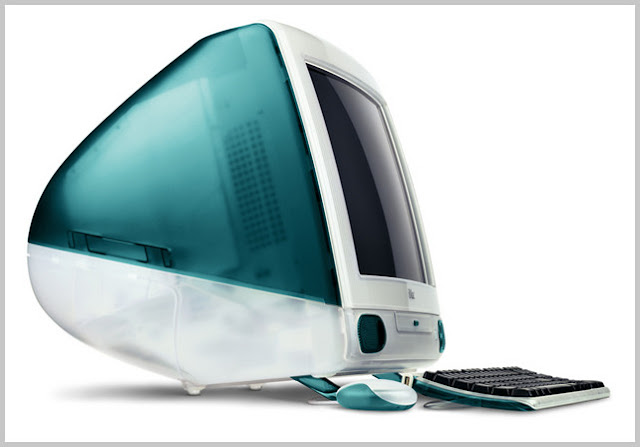 People often say that Jobs is, first and foremost, a great explainer of technology--a charismatic, plainspoken salesman who is able to bend those around him into a "reality distortion field." But charisma can be bent to all sorts of purposes. Those purposes may very well be asinine. So what gives his plain-speaking such force? He always talks about how wonderous it will be to use something, to actually live with it and hold it in your hands. If you listen to Steve Jobs's presentations over the years, he comes across not as the creator of a product so much as its very first fan--the first person to digest its possibilities.

Of course, when Steve Jobs has fancied himself the chief creator, disastrous failures often ensued. His instincts were often wrong. For example, his much ballyhooed Apple Cube, which was in fact a successor to the NeXT cube he'd developed during his Apple hiatus, was an $1,800 dud. He was also openly disdainful of the Internet in the late 1990s. And before his hiatus from Apple, in 1985, his meddling and micro-management had gotten out of control. But the years away reportedly helped him begin ceding more responsibilities to others, and become less of a technology freak and more of a user-experience savant. A reporter who asked Jobs about the market research that went into the iPad was famously told, "None. It's not the consumers' job to know what they want." Which isn't to say that he doesn't think like a consumer--he just thinks like one standing in the near future, not in the recent past. He is a focus group of one, the ideal Apple customer, two years out. As he told Inc. magazine in 1989, "You can't just ask customers what they want and then try to give that to them. By the time you get it built, they'll want something new."

People also often reduce Jobs's success to a ruthless perfectionism which sometimes led him to scrap a product simply because it didn't feel right, or because some minor feature like a power button or a home screen seemed buggy and unresolved. (Famously, he tore through three prototypes of the iPhone in 2007 before the last passed muster; he also berated Ive early over the details of the USB port in the first iMac.) But that doesn't get to it either. A myopic focus on details can readily destroy as much value as it creates: Just think about the number of times you've sat through a meeting with a boss who harped on details, killing a project before you ever had a chance to explain what it could be.

It's almost certain that Jobs has killed far more great ideas than he ever let live--there are 313 patents under his name covering everything from packaging to user interfaces. But those that survived outweighed all the rest, simply because his focus was, continually, on what it would be like to come at some new product raw, with no coaching or presentation but simply as a dumb, weird new thing. Again, that's ability to see past internal debates, and to look at a potential product with the fresh eyes of a user rather than a creator.

Perhaps the best example of this hides in plain sight, and is a fundamental part of every Apple product. All throughout the 1970s to the 1990s, if you ever opened up a new gadget the first thing you were ever faced with was figuring how the damn thing worked. To solve that, you'd have to wade through piles of instruction manuals written in an engineer's alien English. But a funny thing happened with the iMac: Every year after, Apple's instruction manuals grew thinner and thinner, until finally, today, there are none. The assumption is that you'll be able to tear open the box and immediately start playing with your new toy. Just watch a 3-year-old playing with an iPad. You're seeing a toddler intuit the workings of one of the most advanced pieces of engineering on the planet. At almost no time in history has that ever been possible. It certainly wasn't when the first home computers were introduced, or the first TV remotes, or the first radios. And it was something he was driving for, his entire career. Again from 1989, Inc. asked him, "Do you sometimes marvel at the effect you've had on people's lives?" And Jobs said: "There are some moments. I was in an elementary school just this morning, and they still had a bunch of Apple IIs, and I was kind of looking over their shoulders. Then I get letters from people about the Mac, saying, 'I never thought I could use a computer before I tried this one.'"

There is, however, one decisive factor that Steve Jobs couldn't control: Timing. Yet it was perfect for him. He was born just in time to become a founding father of the personal computer movement. But he was also still young enough that in 1997, he could lead while his own sense of a computer's potential could finally bear fruit.

Throughout the 1980s and 1990s, computers were being sold on their speed and features. This was the birthing period for computers, when their capabilities were just being limned. But by 2000, all of these had largely become commoditized--it no longer mattered how fast a computer was, when basic issues of usability and integration became so pressing. Just think back to your Windows machine of the time: What did speed matter if you didn't even know what all the menus meant, or if you were hit with some weird bug that flashed pop-ups at you everytime you clicked your mouse?

Before 1997, Jobs was ahead of his time. The computers he made were overpriced for the market, because he thought that usability was more important than capability. But as computers reached maturity and became a feature in every home, his obsessions became more relevant to the market. And in fact, many of Apple's recent signature products, such as the iPad or the iPhone, were based on products first conceived of in the 1990s or even the 1980s--they had to bide their time. 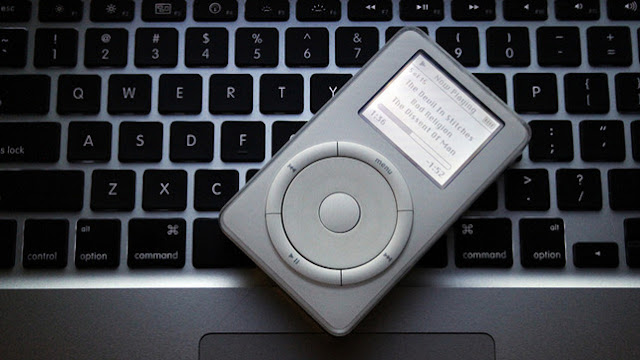 All of this isn't to say that Steve Jobs has been Apple's sole arbiter of success: He purportedly has a great eye for talent. Moreover, he has taught his entire organization to play in the span of product generations rather than just product introductions: Apple designers say that now, each design they create has to be presented alongside a mock-up of how that design might evolve in the second or third generation. That should ensure Apple's continued success for as long as a decade. But it's not totally clear that anyone else can equal his talent for being able to look at Apple's product's from the outside view of a user. Tim Cook, his anointed successor, proved his worth by totally revamping Apple's production processes and supply chain. That talent is vital to running the business, and has increased Apple's profits by untold billions. But being able to break apart the nuances of sourcing is the precise opposite of being a usability genius: Cook's career has largely been spent focusing on precisely those things the consumer never sees. 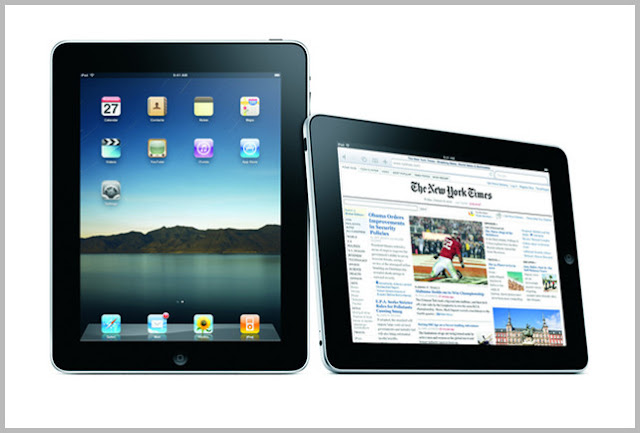 Does Cook have an in-house product critic, who could stand in Jobs's place? Will Cook have as close a working relationship with Ive as Jobs did? Will Ive even stay? And did Steve Jobs create an entire organization that shared his balance of concerns--for the back-end yes, but for usuability first and foremost? The biggest risk is that Apple has taken for granted that its superior design should demand a price premium. That might lull them into thinking that Apple is great, rather than its products. But Apple, all along, has only been as good as its last "insanely great" thing.

Cliff is the editor of Co.Design, and in the past has written regularly for WIRED, Popular Science and GOOD.
---------
http://www.fastcodesign.com/1664863/what-made-steve-jobs-great
Posted by pratanacoffeetalk at 9:09 AM