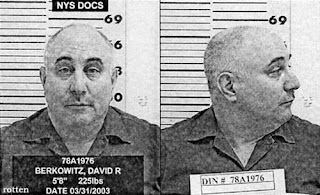 Convicted serial killer David Berkowitz -- who terrorized New York in the late 1970s, killing six people and wounding seven -- will not seek parole during his next opportunity in May, Berkowitz told FoxNews.com exclusively.

In a two-page letter to FoxNews.com, Berkowitz, also known as "Son of Sam," said he has "no interest" in parole thanks to forgiveness by Jesus Christ. Berkowitz, 58, has previously been denied parole five times.

"I have no interest in parole and no plans to seek release," Berkowitz wrote FoxNews.com in an Aug. 6 letter. “If you could understand this, I am already a 'free man.' I am not saying this jokingly. I really am. Jesus Christ has already forgiven and pardoned me, and I believe this."


Berkowitz, who killed six people and wounded seven others in 1976-77, was dubbed the "Son of Sam" after a note left at a crime scene read: "I am a monster. I am the Son of Sam." After intense manhunts and widespread public panic throughout New York, he was arrested in 1977.

New York legislators later passed the so-called "Son of Sam" law, which bars criminals from profiting from their crimes by selling their stories to publishers.

He is currently serving six sentences of 25 years to life at the Sullivan Correctional Facility in Fallsburg, N.Y., where he has been incarcerated for 34 years.

Carole Weaver, a spokeswoman for the New York State Division of Parole, said Berkowitz has been a model inmate with just one minor infraction on his disciplinary record from 2004. Details of that incident were not immediately available.

Berkowitz's claim, however, that he never plans to seek freedom is "unusual" among inmates, she said.

"Not many people who are incarcerated don't want to get out," Weaver told FoxNews.com.

Berkowitz told FoxNews.com he has been housed in the prison's general population for roughly 23 years and he currently works as a "mobility guide" for legally blind inmates, as well as an "inmate program aid" [sic] for mentally challenged prisoners. 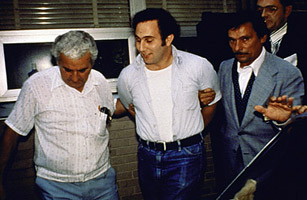 "I also help out in the facility's chapel, where I assist in overseeing our Sunday services plus other services and Bible studies," Berkowitz wrote FoxNews.com. "My main activities are sharing my story of redemption and hope with those on the outside, as well as writing a monthly journal which can be viewed at Ariseandshine.org."

Berkowitz said he reads the Bible daily and needs to devote more time to exercising regularly.

"I'm a hyperactive, always 'on the go' type person," the letter continues. "But I've often been told that I do not take enough time for myself."

Berkowitz -- who shot his victims with a .44-caliber handgun, usually as they sat in cars -- said he has no problems with other inmates and has "made the best" of his time behind bars, thanks in part to his devotion to Jesus Christ.

"He has given me a whole new life, which I do not deserve," he wrote. "And while society will never forgive me, God has. I am forever grateful for such forgiveness, too."

He also told FoxNews.com he has "deep regret and sorrow over my past criminal actions."

"I would do anything if I could go back and change things [to] have prevented the tragedy from happening. Of course this is not possible," he said.

Robert Violante, 54, of Brooklyn, N.Y., lost his left eye when he was shot by Berkowitz on July 31, 1977, during his first date with Stacy Moskowitz, who was also shot and later died. Reached by telephone on Wednesday, Violante told FoxNews.com he was unmoved by Berkowitz's claims regarding salvation from God.