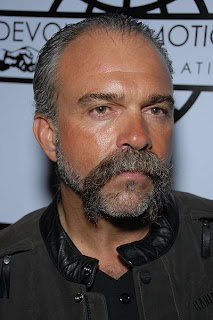 Sam Childers (born 1962) is a former gang biker who now dedicates his life and resources to rescue children in the war zone of Sudan. Childers and his wife Lynn founded and operate Angels of East Africa, the Children’s Village Orphanage in Nimule, Sudan, where they currently have more than 300 children in their care.

Sam Childers was born in Grand Forks, North Dakota, the son of Paul Childers, a union ironworker. Sam had two older brothers, Paul Jr. and George. He also had a sister, Donna, who died of a heart problem before she was a year old. While growing up, his parents moved from place to place following construction projects.


In the spring of 1974, a couple months before Sam turned twelve, his family moved to Grand Rapids, Minnesota. He was going into seventh grade that fall, and the two years between then and when he started high school were some of the most influential times of his life. It was in these formative years that Sam discovered cigarettes, marijuana, and alcohol which lead to many years of drug addiction, drug dealing, and alcoholism. Sam also developed a love for motorcycles and the lifestyle that often follows a Hells Angels biker. 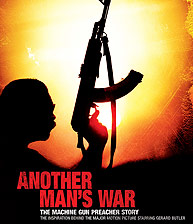 In the summer of 1992, Childers experienced a conversion during a revival at the Assembly of God church. Childers has claimed that was also the same evening that his pastor prophesied that he would go to Africa. At the end of 1998, Childers made his first trip to the Sudan. In that first trip and the many that followed, he was exposed to the atrocious acts of the Lord’s Resistance Army.

Not long after his first trip to the Sudan, Childers and his wife Lynn founded the Angels of East Africa, the Children’s Village in Southern Sudan. The Children’s Village currently houses and educates over 300 orphans, with over a thousand children rescued since its inception. The staff at the Children’s Village are primarily Sudanese orphans and widows themselves. This is currently the largest orphanage in Southern Sudan and is unique in its approach of leading armed rescue missions directly into LRA territory. The Children's Village is the only non-governmental organization that does not pick up and leave when fighting breaks out in the area. However, this claim cannot be verified. 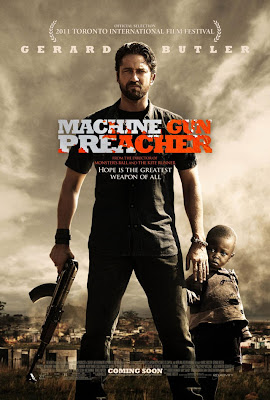 Childers details the events of his life and his experiences in Africa in his book “Another Man's War”.

Popular Culture
A biopic is currently being shot about Childers. The film, titled Machine Gun Preacher, is directed by Marc Forster film with Gerard Butler portraying the preacher.

Posted by pratanacoffeetalk at 3:03 PM