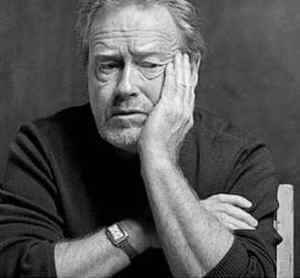 On Thursday (April 22), we caught up with the "Robin Hood" director to speak with him for next week's MTV Summer Movie Preview. And when he mentioned that he was feasting his eyes upon the latest "Untitled 'Alien' Prequel" script pages, we couldn't help but ask some questions.


What followed might be the most revealing interview Sir Ridley has given thus far on the top-secret project. Read on for exclusive details concerning the prequel's plot, creature design and the woman — not named Sigourney Weaver — who will soon be kicking alien ass:

MTV: We're very excited about your return to the "Aliens" world — what's going on with it at this point?

Ridley Scott: As we speak, I've got a pile of pages next to me; it's like the fourth draft. It's a work in progress, but we're not dreaming it up anymore. We know what the story is. We're now actually trying to improve the three acts and make the characters better, build it up to something [we can shoot]. It's a work in progress, but we're actually making the film. There's no question about it, we're going to make the film.

Scott: Now it's a matter of, how good can I get the screenplay in the next few weeks so I can get a good ballpark figure of what it will cost. I've already got people working graphically on designs for the various requirements of the film.

MTV: Since this is a prequel, will you need to make the ships more primitive-looking than in "Alien"?

Scott: It's set in 2085, about 30 years before Sigourney [Weaver's character Ellen Ripley]. It's fundamentally about going out to find out 'Who the hell was that Space Jockey?' The guy who was sitting in the chair in the alien vehicle — there was a giant fellow sitting in a seat on what looked to be either a piece of technology or an astronomer's chair. Remember that?

MTV: And is the Weyland-Yutani company in existence at this point?

Scott: It's Weyland. Weyland hasn't joined Yutani yet, so they go and see Weyland. [The film] is about the discussion of terraforming — taking planets and planetoids and balls of earth and trying to terraform, seed them with the possibilities of future life.

MTV: We know how obsessive "Alien" fans can get. Are you going to make a film that doesn't require having seen any of the other movies?

Scott: Totally. Yes. [People will still get it], because there's a lot of copying, dude.

MTV: There's a lot of copying of your movies.

Scott: There's a lot of homage. Is that the polite word? Homage? I call it something else. [Laughs.]

MTV: Will Sigourney Weaver have any participation at all?

Scott: It will be before she was born!

MTV: So not even a voice-over, explaining things? Nothing?

Scott: Well, the main character [in the prequel] will be a woman, yeah. We're thinking it could go down that route, yeah. When I started the original "Alien," Ripley wasn't a woman, it was a guy. During casting, we thought, "Why don't we make it a woman?"

MTV: So will you be creating new aliens for your prequel?

Scott: What you have to do is — were there four or five "Alien" films? I can't remember how many followed.

MTV: There were three after you, then the "Alien vs. Predator" nonsense.

Scott: Yeah, the thing about "Alien vs. Predator" is, I know it's commerce, but what a pity. I think, therefore, I have to design — or redesign — earlier versions of what these elements are that led to the thing you finally see in "Alien," which is the thing that catapults out of the egg, the face-hugger.

Scott: I don't want to repeat it. The alien in a sense, as a shape, is worn out.

MTV: Will you consult the original alien designer, H.R. Giger, on these ideas?

Scott: Yeah, he's still around. Once I get more serious and get going, and the big wheels start turning, we'll certainly talk. And maybe we'll come up with something completely different.

MTV: In your mind, when do cameras begin rolling on the film?

MTV: Have you given any thought on how you'll feel when you walk on set that first time, how you'll deal with the déjà vu from 1979?

Scott: Yeah, it'll be weird, because I always said I'll never do a sequel. [Laughs.]

MTV: What made you change your mind?

Scott: Honestly? They've squeezed the franchise dry. The first one will always be the most frightening, because the beast we put together with Giger and all its parts — the face-hugger, the chest-burster, the egg — they were all totally original, and that's hard to follow. ... I've always avoided sequels, unless I felt there was something fresh.
----------
http://www.mtv.com/news/articles/1637638/exclusive-ridley-scott-reveals-alien-prequel-details.jhtml
http://theglentimes.files.wordpress.com/2009/02/ridley_scott.jpg?w=300&h=278
http://filmpopper.com/wp-content/uploads/2010/04/Alien-Space-Jockey.jpg
Posted by pratanacoffeetalk at 9:12 AM