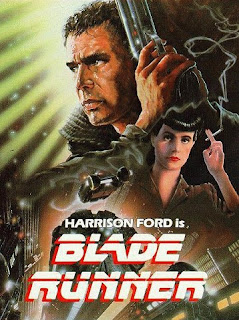 You wait 30 years for a Ridley Scott science fiction film, then two come along at once. Not content with bringing Prometheus, his forthcoming pseudo-prequel to Alien to the big screen, the veteran British film-maker has signed on to make another Blade Runner movie.

US production company Alcon Entertainment purchased the rights to make a new film earlier this year, and there was speculation at the time that Scott might be asked to get involved. The original 1982 movie, with its iconic Vangelis score and future noir stylings, is a genuine science-fiction classic which continues to attract new fans nearly three decades after its release. In 2007, it was named the second most visually influential film of all time by the Visual Effects Society, and in 1993 it was selected for preservation in the United States National Film Registry by the Library of Congress as being "culturally, historically, or aesthetically significant".


"It would be a gross understatement to say that we are elated Ridley Scott will shepherd this iconic story into a new, exciting direction," said producers Broderick Johnson and Andrew Kosove in a statement. "We are huge fans of Ridley's and of the original Blade Runner. This is a once-in-a-lifetime project for us."

Kosove told Reuters: "The idea was always to go right to Ridley and that's exactly what we did." He added that having Scott attached "gives people a level of comfort about how serious we are".

Based on the 1968 Philip K Dick novel Do Androids Dream of Electric Sheep? Blade Runner was not a box office or critical hit at the time but has gradually gathered plaudits over the years. Negative critical opinion of the film was largely reversed with the arrival in 1992 of Scott's own director's cut, which excised the original theatrical release's hokey studio-commissioned Harrison Ford voiceover and a spectacularly ham-fisted pegged-on "happy ending" denouement which the film-maker is said to have hated. 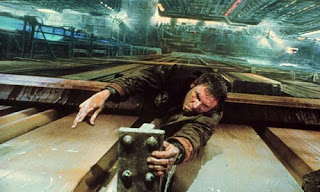 Scott is unlikely to have to fight similar studio battles this time around. At 73 he is something of a Hollywood elder statesman and will no doubt have secured final cut as part of his deal to return as director. Alcon has not revealed whether the new Blade Runner will be a sequel or prequel to the original, and all options would appear to be open. Scott's forthcoming return to the Alien universe, Prometheus, is being touted as a film with "DNA" from the original movie rather than a direct prequel, an intriguing prospect which has created enormous buzz round the project. Before signing on to make it in a blaze of publicity in 2009, Scott had spent 27 years away from the science fiction genre with which he made his name.

The new Blade Runner will be just the latest belated follow-up to an 80s original to hit the big screen. Two arrived last year, with Tron Legacy failing to recapture the lo-fi charm of the original 1982 movie and Wall Street: Money Never Sleeps also proving to be less successful than the first film. Dick never wrote a sequel to Do Androids Dream of Electric Sheep?, so Alcon will most likely be aiming to produce an original story. Three follow-up novels by the writer's friend, KW Jeter, were written between 1995 and 2000 to try and resolve some of the differences between Blade Runner and its source novel, but they were poorly received and are not widely read.

Ford himself appears unlikely to return in the new Blade Runner. Alcon makes no mention of him in its press release announcing Scott's signing and in any case, his involvement would ruin the central enigma at the heart of the original film. Set in an overpopulated future Los Angeles which never sees the sunlight, Scott's movie is about a "blade runner", Rick Deckard (Ford) who is tasked with taking out a gang of android outlaws, or replicants, who have escaped to Earth from an offworld colony. The film-maker left the audience to decide for themselves whether Deckard himself is in fact also a replicant.