JUSTIN BIEBER NOT AFRAID TO USE THE "J" WORD. 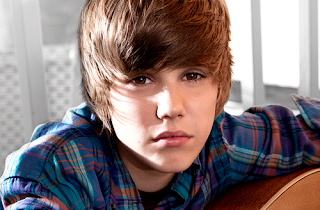 (RNS) When Justin Bieber strode onto the stage of the Gibson Amphitheatre in Los Angeles on Sunday (Aug. 7) night to accept a Teen Choice Award, he thanked his fans profusely, then quickly turned his attention to something more eternal.

"I wanna say that anything is possible if you set your mind to it," the Canadian superstar said, grasping the award's blue-and-yellow surfboard that towered over him by several inches. "You gotta keep God first and always remember to keep family first."


Then, pointing toward the crowd with a sweeping gesture, Bieber added, "Jesus loves every one of you!"

It's hardly unusual for celebrities to give God a shout-out at award shows. In fact the phenomenon has become so ubiquitous that one critic wondered whether throwing out "God props" had jumped the shark.

But what young Bieber said is different. It wasn't the rote "I want to thank Mylordandsaviorjesuschrist" that we've heard so many times from the awards podium, often uttered by artists collecting prizes for music or films that would be hard-stretched to conceive as honoring the Creator. (See: Plenty of hip-hop and rap artists.) 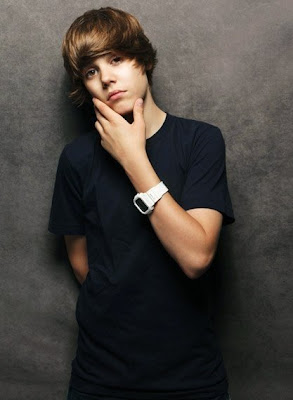 Bieber, who is never shy about talking about his Christian faith, went beyond the approved script for Hollywood expressions of faith, invoking the "J-word" and taking it several steps further by telling whoever was listening that they are, in fact, loved by Jesus -- and not the less specific "God."

Anyone who has paid attention to the Cinderella story that is Bieber's warp-speed rise from obscurity in small-town Canada to the most popular teenager on the planet will know that in addition to being cute as a button and preternaturally talented, "the Biebs" is a bona fide person of faith. In fact, he's indicated that the name of the album he's in the studio recording right now will be "Believe."

Rarely does Bieber, who turned 17 in March, miss an opportunity to talk about his faith, whether in an interview with Rolling Stone, on numerous talk shows or even on the red carpet. He seems keenly aware of the blessings that have come his way and exactly where they have come from.

"All the blessings I have come to me from God," Bieber told Rolling Stone in February, adding that he feels obliged to "plant little seeds" of faith with his fans. "I'm not going to tell them, `You need Jesus,' but I will say at the end of my show, `God loves you."'

The poignancy of Bieber's comments about Jesus, made after receiving his award from Sean Kingston, a close friend and touring partner who had been badly injured in a jet-ski accident, surely was not lost on Beliebers glued to their TV (and computer) screens.

For weeks after Kingston's accident in Miami, Bieber took to Twitter offering his prayers for his friend and asking fans to pray for him, too. When Kingston left the hospital in June after making a full recovery, Bieber tweeted, "God is so good. ... I love you, bro."

If Bieber's acceptance speech Sunday was any indication, perhaps the pop idol's feelings about explicitly telling his fans about Jesus has evolved over the past six months. He's growing up, finding his voice (musically and otherwise) and becoming even bolder about what he thinks and feels.

"Justin Bieber, like many teenagers, says what's on his mind," said Diane Winston, an expert on media and religion at the University of Southern California. "After winning four awards, he felt Jesus' love. He probably felt enough of Jesus' love for everyone in the room, and he said so. ... Last night's audience saw that uncensored and spontaneous." 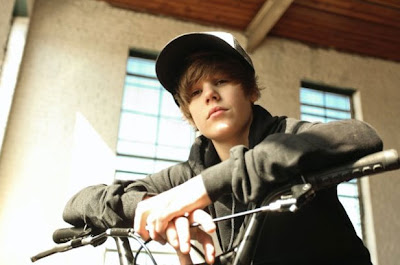 Still, Bieber's invoking of Jesus is unusual for a celebrity. Image is everything for celebrities, and most try to appeal to the widest audience possible.

Most teen stars are more carefully produced and packaged than a pair of glass slippers, polished to perfection (at least on the outside).

Apart from giving superficial nods to faith as a means of assuring their fans' parents that they are inoffensive entertainment, it's rare to hear a teen star talk about his or her spiritual beliefs with any depth and consistency.

Perhaps having reached the highest stratosphere of ubercelebrity has made Bieber immune from worrying about alienating his audience. The lad has 11.6 million fans on Twitter -- known collectively as "Beliebers."

That's larger then the population of more than a few countries.

Or maybe Bieber represents not only a new breed of celebrity -- allowing his fans unprecedented access to his life and thoughts via more than 10,000 tweets since 2009 -- but a new generation of "believers."

The way Bieber speaks about his Christian faith is neither defensive nor offensive. He doesn't sound like he's trying to be right, pious or triumphant. Rather, the way he speaks about his beliefs feels like a genuine extension of the way he connects to his fans. Authentic. Humble. Loving.

Bieber's mother, Pattie Mallette, a deeply faithful woman who embraced Christianity not long before she gave birth to her only child when she was just a teenager herself, has said she believes Justin has a "prophetic call" to be the "voice of a generation."

As Bieber approaches his 18th birthday and the threshold of adulthood, his voice is growing stronger and clearer.

Millions of fans around the globe hang on his every word. And when Bieber says "Jesus loves every one of you," many Beliebers might actually believe him.

Posted by pratanacoffeetalk at 9:50 AM