THE FUTURE OF ARMORED DEFENSE IS A MOLTEN FORCEFIELD (video) 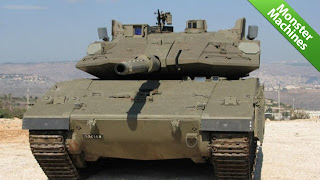 When it comes to surviving an RPG attack, the best defense is an impenetrable defense; or at least that's what Israeli and US researchers believe. And they're developing rocket- and missile-neutralizing Active Protection Systems to do just that.

Active Protection Systems (APS) are designed to prevent small and medium arms fire as well as propelled explosives (grenades included) from reaching or destroying a target. These systems use a variety of sensors to monitor for incoming threats. Once one is detected, the APS calculates the inbound trajectory, deploys counter-measures to either disarm or destroy the threat, and then traces the flightpath back to the shooter.


The Israelis are a leader in this field, and for good reason: They incurred damage to 40 tanks due to rocket and missile strikes during the 2006 war with Lebanon. They've developed the "Trophy" (or "Windbreaker") system and have already deployed it in active combat attached to the roof of a Merkava 4 tank in the Gaza Strip. As Danger Room explains:

The system uses flat-panel radars to watch out for incoming fire, Defense Update notes. Once a rocket-propelled grenade or other projectile is spotted, Trophy verifies that the round is coming straight at the tank, calculates its time-to-intercept, and picks to best angle to shoot it down. Then it fires off a bunch of explosively-formed penetrators, which produce narrow jets of molten metal that shred anything in their paths. The whole process takes a few seconds, at most.

The Trophy system neutralizes all known anti-tank-rockets and anti-tank-missiles, regardless of distance, terrain, or weather. It will even handle multiple incoming threats, arriving simultaneously.

The American forays into active protections systems use similar concepts. Crosshairs, developed by the US Armed Forces, uses radar and audio mics to triangulate incoming projectiles, from small arms fire to mortars. When connected to a Common Remotely Operated Weapon Station, the system will automatically aim the turret and engage the shooter.

Iron Curtain, a Darpa-funded project, uses flat panel radar and optical sensors to watch for incoming projectiles. This system uses a row of explosive countermeasures along the top edge of the vehicle. When an incoming threat is detected, the Iron Curtain fires a single countermeasure down (vertically) as the rocket passes by, "dudding" the warhead (preventing the munition from exploding) and letting the rocket bounce harmlessly off the side of the vehicle.

The US military is also working to combine these two systems into a single unified protection scheme for Armored Personnel Vehicles to create MRAPS, Mine-Resistant Ambush-Protected vehicles.

Posted by pratanacoffeetalk at 2:49 PM