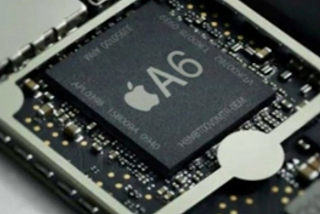 As users wait in anticipation for Apple's next amazing tablet, many will ponder on the latest features that will be packed into the iPad 3.  The latest rumors suggest that the next generation tablet will have a release date later in September following the new iPhone 5.  Other reports indicate that the iPad 3's A6 processors may not be ready in time for relese until early 2012.


Apple will be trying to churn out their latest A6 processor with layering construction techniques that can result in a more powerful processor.  Layering can compact the circuit's design along with running the chip on very low power.  The result is a blazing fast performing tablet that consumes less battery power than its predecessor.  It was also suggested from Computerworld that the iPad 3's chip is advanced enough to replace Apple MacBook Air's processor.

Customers are holding out perhaps due to the iPad 3's ability to output HD quality resolution and camera thanks to a new juiced up processor.  The display comes with a 2048 x 1536 pixel resolution display that can enable HD 1080p capability for watching high def movies on its 9.7 inch LCD screen.

These are just some of the features that users are anticipating before Apple officially launches the third generation iPad.  Check out more details on Apple's latest A6 Processor, HD display, and additional features that could solidify the iPad 3 as the uncontested ruler of the tablet market.
---------
http://sanfrancisco.ibtimes.com/articles/197602/20110814/apple-ipad-3-a6-processor-camera-release-date.htm#page0

Posted by pratanacoffeetalk at 3:26 PM