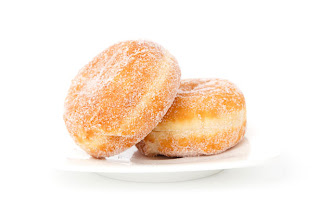 Relentless. That’s how some might describe the Roswell Independent School District. That’s because the New Mexico system appears to be on a mission to squash the Word of God on its campuses, according to a lawsuit Liberty Counsel filed.

The suit alleges the Roswell Independent School District retaliated against a Christian group called Relentless, punishing and suspending its members for buying and giving fresh Krispy Kreme doughnuts with Bible verses to each of their teachers.


The students went to great lengths to share the Word of God. The closest Krispy Kreme shop was in Texas. Some members of the group drove almost six hours round trip, stayed overnight, got up at 3 a.m., filled their car's back seat with fresh doughnuts and got back to school on time to deliver the doughnuts. When they handed out the doughnuts, a Scripture verse was included. One student was immediately sent home and two others were forced to spend a Saturday morning sitting alone in the classroom for four hours as a punishment.

"Some teachers are worried about their students giving them bullets, and this school suspends students over a Bible verse! These students are living their Christian beliefs by showing kindness,” says Mathew Staver, founder and chairman of Liberty Counsel and dean of Liberty University School of Law. “It is outrageous that the Roswell school officials are mean to these students solely because they are hostile to their Christian faith."

In the past these students have handed out sandwiches, hot chocolate and candy canes to the student body and faculty. They helped staff with the trash and fellow students with their lunch trays and also distributed rocks with affirming words like "U are wonderful" painted on one side and "Psalm 139" on the other. However, the school has allegedly bullied and suspended students who were exercising their freedom of religion by distributing abstinence wristbands and plastic models of babies at 12 weeks gestation, bringing attention to the life of the unborn.

When the plastic babies were handed out, school officials allegedly said, "It's time to shut this down. Some people are getting offended."

That morning, one student had decided to take her own life because of her past decision to abort. When she received a model baby with the Scripture, "You are fearfully and wonderfully made," she cried and prayed with the students and her life was saved, both physically and spiritually with the forgiveness of God.

However, the students were then pulled out of class and instructed to cease their "Christian" acts, because they had made their point.
----------
http://www.charismamag.com/index.php/news/31542-nm-school-suspends-students-for-sharing-bible-verses
http://www.publicdomainpictures.net/view-image.php?image=12540&picture=jelly-donuts
Posted by pratanacoffeetalk at 7:43 AM