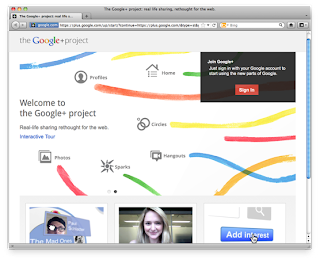 In a bid to further diversify, the world's largest internet search company has launched a highly exclusive "field test" of its new social networking service.

The service, which is being called Google+, is Google co-founder Larry Page's latest attempt to break into a market that has, for the most part, evaded his company in the past — though not for lack of effort on the company's part.


In 2004, the company launched Orkut, a social networking site designed by one of their programmers during his spare time. Though that service proved to be quite successful in some countries, it has failed to capture an audience even remotely comparable to the over 500 million active users on Facebook today.

Six years later, Google released an add-on for Gmail users called Buzz that was designed to directly compete with Facebook and Twitter. It was a service that the Google team hailed as "a new way to start conversations about the things that you find interesting," but it was met with harsh criticism in relation to user privacy from users and reporters alike.
But unlike in 2004, when Google seemed only half-invested in the social networking idea, and 2010, when it tried to integrate social networking into an existing service, the company seems to be approaching the idea from scratch. And it is tying the bonuses of all of its employees into how well it does in the offing.

Indeed, Google+ looks a lot more like a serious competitor than it does a shot off of Facebook's bow. Featuring a number of interesting new services, as well as a host of facets that those already familiar with social networking will be happy to see included, Google+ looks as though it could become a complete social networking package by adapting all of Facebook's strengths and filling in its gaps.

Here's an overview of what Google's put together. For more specific details, check the Google team's blog post. 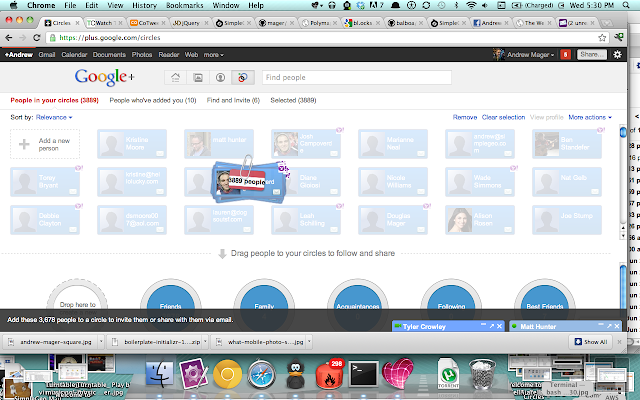 And according to Wired columnist Steven Levy, who has been following the project for almost a year, it also has a feature called "the stream" that is essentially a news feed analog: it shows streaming updates from the user's friends and connections.

Where the stream gets interesting is in its interaction with one of the more ingenious of the new apps and features offered with Google+, called Circles.

One of the primary highlights of Google+ is its Circles feature, which essentially takes Facebook's friends and groups system and turns it on its head. According to a post on the official Google blog, Circles allow users "to share with precisely the right folks."

In other words, Circles will allow people to do on the Google+ social network exactly what they've done in the real world for centuries — form cliques, and share specific information about themselves with only those people who they want to share it with.

The difference? For one, it's easier. Once a user has established connections on Google+, forming a Circle is as easy as clicking and dragging those individual people into the circle, and assigning the circle a name. From there, the user can choose who they want to share specific bits of information with simply by selecting the circle of friends they want to share with.

Imagine if you could share a disparaging thought about your job, or even simple griping about a co-worker, without fear that your employer or peer will see it. For those who are compelled to do so, Google+ and the Circles feature makes this possible. 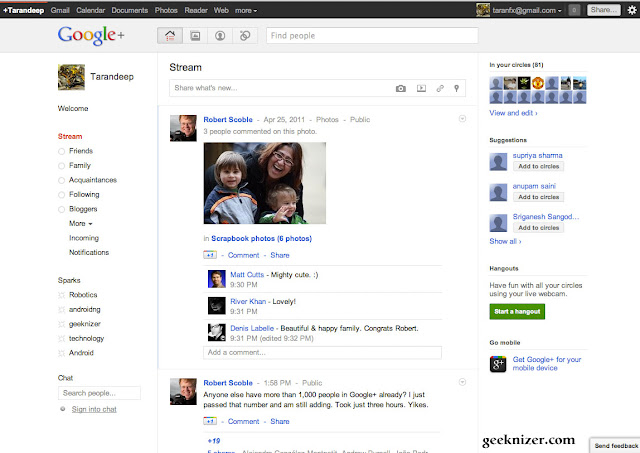 One of Facebook's biggest recent successes has been incorporating instant messaging into their already-successful social networking framework.

Now, imagine if Skype's video chat service was built right in to Facebook. This is what one of the features of Google+, called Hangouts, intends to do. With Hangouts, a user can select to make him- or herself available for live, multi-person video chat with his or her friends from a specific circle.

Perhaps the most ingenious feat the Google team has managed with their new social network is that they've brought some of their best services and plugged them right in. Key to this strategy is the new Sparks application, which takes Facebook's relatively bland interests and info page and spiced it up. As the Google team explains:

“Sparks delivers a feed of highly contagious content from across the Internet. On any topic you want, in over 40 languages. Simply add your interests, and you’ll always have something to watch, read and share”.

In a demonstration cut together for the blog, it appears as though users can add interests to their 'Sparks' app, and in turn they begin to receive suggested content from the application which they can then share with their own friends on the Google+ network.

While users of Facebook have been able to share links and their own uploaded content for ages, Google+ bridges the gap between existing social networks and Google's specialty: searching the Internet and delivering highly personalized results.

Overall, Google+ looks like a powerful step forward for the Internet search giant, and provided the Google team keeps working on, updating and maintaining the network, it should emerge as a major competitor for Zuckerberg's Facebook. Further, the Google+ project reveals some very interesting new frontiers for social networks to explore and develop, which should lead to a far more social experience on the world wide web.