5 MOST DANGEROUS GADGETS IN OUR LIFE 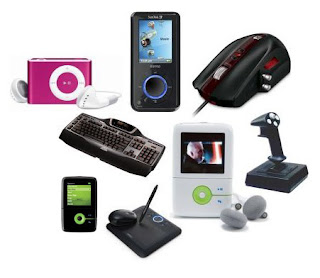 We can't live without our gadgets. But can we live with them? Maybe not for long. The 21st century devices we've come to consider members of the family may be doing us more harm than good. In the case of cellular devices, the dangers could be fatal.

That's the concern raised by Nobel Prize winning toxicologist Dr. Devra Davis. She researched controversial studies on the connection between brain cancer and cellular usage in her new book Disconnected, and discovered a very real threat being posed to our health.


Evidence of DNA and brain damage caused by radio-frequency waves were just some of the findings. Her biggest concern: despite the many studies on the dangers, corporations with vested interest may be undermining the health risk. "This is about the most important and unrecognized public health issues of our time," Davis tells Time Magazine in a recent interview. "We could avert a global catastrophe if we act." The long-term plan is to create safer mobile devices, but the first step is raising awareness. We already know how technology has improved our lives. It's time we learned the havoc it can wreak on our bodies if we don't take precautions.


Cell phone and mobile devices  According to studies Davis researched, cellular phone usage could damage a child's developing brain, and contribute to brain tumors in adults. But it's not just about individuals, it could hamper the growth of the human race. "All the research shows the same thing - if you take young men who are trying to become fathers, those who use mobile phones at least four hours a day have about half the sperm count of others," says Davis in the Daily Mail. "Sperm exposed to mobile phone radiation in the lab is sicker, thinner and less capable of swimming."

Tip: Enable speaker phone or a hands-free headset when chatting via cell. BlackBerry and iPhone already feature warnings to keep the device at least over .6 inches from your body when it's on--and clear of any pregnant bellies. If you're really freaked out, get a home phone to reduce your time spent on the cell.


Laptops Exploding chargers, smoking motherboards. It's been a roller-coaster with our portable computers--the best invention we love to hate. You can bring your work anywhere, but you can also bring your work anywhere. And that's just the beginning. Studies have long shown extended usage strains eyesight and causes painful headaches. Now our laptops also grill our skin like bacon. It's called toasted skin syndrome, scalded, red skin caused by overheated computers lying on our legs burning blotches into our body. Painful, unappealing and linked to skin cancer, it's just another price we pay for round-the-clock workdays.

Tip: To reduce eye-strain, look away from your screen once every 20 minutes for 2-3 minutes. Staring at something several feet away is also beneficial. Enlarge fonts if you're reading extensive text on your screen. To protect from burns buy a laptop cushion.


iPods, Mp3sA 2006 study by Northwestern University found that only an hour and half of listening to music on earbuds can damage your hearing. A more recent study suggests the damage is less than previously thought, but still a cause of auditory problems.

Tip: Use noise-canceling headphones to detract from high-volume listening, or old-school over the ear phones.


Nintendo's PlayStations and Wii's Extended gripping of gaming controls can turn your hands into pulpy red messes. Called "PlayStation palm" the skin condition causes lumpy sores on your palms due to excessive sweat and gripping. For Wii players, complaints revolve around back and shoulder aches. With gamers over-extending their "swings" they're also over rotating their shoulders and causing bodily strain. The injuries for a few players have even required surgery and physical rehab.

Tip: Wii players should stretch before they play, as if they were preparing for a sport. To avoid PlayStation palm, use talcum powder on your hands to keep they dry.


Desktops You may not have to worry about toasted skin syndrome, but desktop computers come with their own host of issues.  Extended bouts of sitting one place can lead to heart problems and obesity due to lack of exercise. More immediately, there's a rise in "Repetitive Strain Injuries"-- an "only in the 21st century" condition.  Chronic pain due to worn down muscles and tissues is a direct result of using the mouse, typing on your keypad and slumping at your desk. Most frequently, the pain is limited to the forearm and wrist, but can also affect your back and neck.

Tip: If your wrist is throbbing, buy an ergonomic keyboard or gel pad (this one's only $5), which will support your arm movements. Yoga and stretching between office hours or on brief breaks can reduce back and neck strain. Check out a few office-friendly stretching exercises that won't embarrass you in front of your co-workers.
------------
http://shine.yahoo.com/channel/health/the-5-most-dangerous-gadgets-in-our-lives-2397422
http://www.coolgadgetconcept.com/wp-content/uploads/2009/11/gadgets.jpg
Posted by pratanacoffeetalk at 9:13 AM