JON FINKEL (THE BEST "MAGIC: THE GATHERING" PLAYER) WHO RUNS MONEY-BETTING ON THE STOCK MARKET OPTIONS. 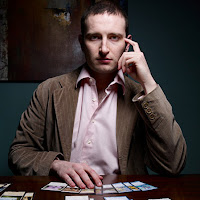 If being smart were gunslinging, where speed matters as much accuracy, Jon Finkel would be a stone-cold killer.

Finkel is arguably the best Magic: The Gathering player ever, became a scourge of Vegas, and now runs money-betting on stock market options. Wired’s own David Kushner even immortalized him in a book, Jonny Magic and the Card Shark Kids.


Not bad for a kid from Jersey who grew up playing a game more associated with black trenchcoats than sharp suits. We recently caught up with Finkel by telephone in New York to find out how he’d gotten so much better at making quick decisions than everyone else

To hear Finkel tell it, there is only one golden rule to making decisions: a rigorous faith in logic.

"On a deep psychological level you have to know that you can make the right decision 10 times in a row and have it not work out and make the same decision the 11th time," Finkel said. "A lot of people understand that intellectually, but don’t have it hard-wired into their systems. You have to have this very deep-seated belief in probability and not looking at results." 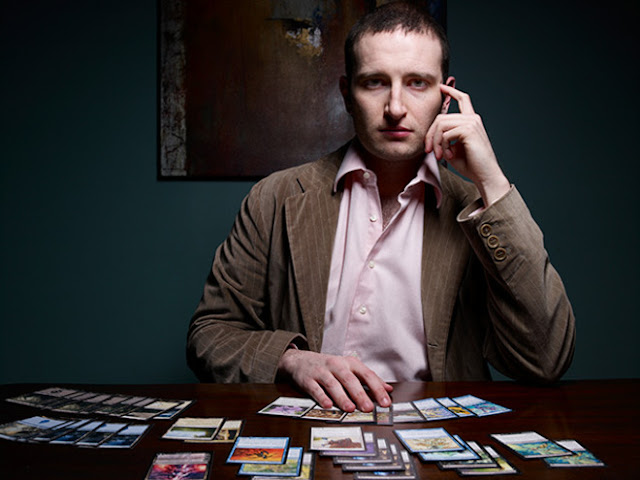 Making the right decisions, for Finkel, is about mentally training yourself so that when faced with imperfect information, the decisions you naturally make, like the throws of a veteran quarterback, are intuitive — and correct.

"The human mind is designed to come up with answers to many things we think can’t be reasoned or rationalized with a disturbing degree of accuracy," he said.

So, step one, internalize your private Spock. When you’re done with that, Finkel has three tips for playing the game, be it magic, poker or the market.

DIVORCE YOUR SENSE OF SELF FROM YOUR PLAY.
The key is to examine what you’ve done, in an unbiased way and critically, but not make yourself feel bad emotionally or crappy. Obviously, this is easier said than done.

ACCEPT THAT IF YOU WANT TO BE REALLY GOOD AT SOMETHING, YOU WILL NEED TO DO A LOT OF WORK.
You look at people who are really good at Magic, they did it a real, real, real lot of times. They cared about it a lot, and they studied it a lot.


CAREER IN MAGIC: THE GATHERING

In 1996 the first Pro Tour was held in New York. Finkel competed in the Junior Division of the tournament, made it to the Top 8, and won a $1,000 scholarship. After reaching another Top 8 in the Junior Division of Pro Tour Columbus Finkel had his first appearance in the senior competition of the Pro Tour at the 1996 World Championship in Seattle. A ninth place finish earned him $3,200.

Finkel had three Top 16 finishes in the 1996–97 season, but never made it to the finals. His first Top 8 appearance was at Pro Tour Chicago 1997. In the same season Finkel won his first Grand Prix title in Rio de Janeiro, his first Pro Tour title in New York, finished third at US Nationals and the World Championship, and eventually claimed the Pro Player of the Year title.

The 1998–99 season opened with Finkel winning another Grand Prix in Boston and making his third consecutive Top 8 appearance, a feat only once before achieved by Scott Johns and never since. Finkel finished the season second to Kai Budde in the Pro Player of the Year race. At the first Team Pro Tour in Washington the following season Finkel finished third with his friends and team mates Daniel and Steven O'Mahoney-Schwartz. After some mediocre finishes in the middle of the season Finkel won the US Nationals as well as the team and the individual portion of the World Championship. Eventually Finkel finished third in the Pro Player of the Year race. Later in 2000 Finkel also won the Magic Invitational, giving him the chance to design his own Magic card. His creation, Shadowmage Infiltrator, debuted in the Odyssey set and was later reprinted in Time Spiral.

After two additional Top 8 appearances in the 2000–01 season Finkel's performances dropped in the 2001–02 season. Two Top 8s in 2002–03 were followed by another drop in 2003–04 and eventually by Finkel retiring from professional play. In 2005 he was inducted into the Hall of Fame as the vote leader of the inaugural class. This allowed him to attend further Pro Tours without having to qualify. In 2008 Finkel thus attended and won Pro Tour Kuala Lumpur, becoming the first player to win a Pro Tour after his induction into the Hall of Fame. Magic head designer Mark Rosewater commented on the occasion "[Finkel] is the most naturally gifted player the game has ever seen. His accomplishments are rivaled by only one other man [Budde]" 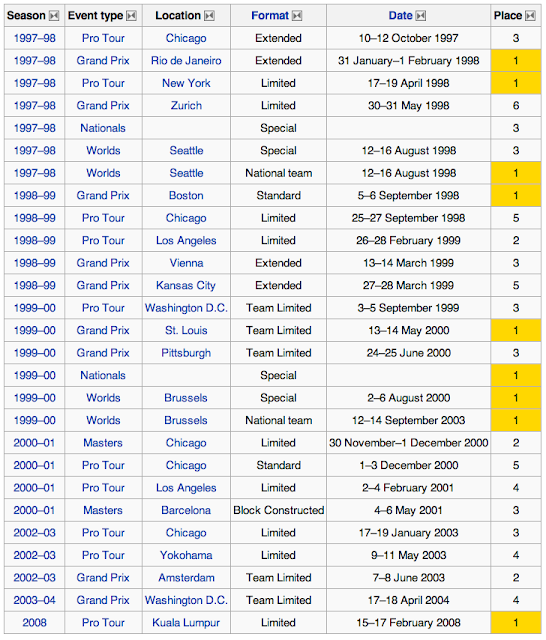 Posted by pratanacoffeetalk at 10:09 AM