THE CHURCH AND THE BROTHEL 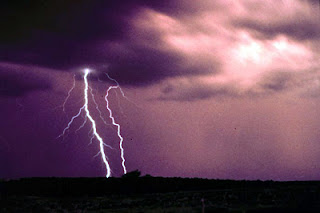 In a small town, a person decided to open up a brothel, which was right opposite to a church. The church and the congregation started a campaign to block the brothel from opening with petitions and prayed daily against his business.

Work progressed. However, when it was almost complete and was about to open a few days later, a strong lightning struck the brothel and it was burnt to the ground.

The church folks were rather smug in their outlook after that, till the brothel owner sued the church authorities on the grounds that the church through its congregation & prayers was ultimately responsible for the destruction of his brothel, either through direct or indirect actions or means.

In its reply to the court, the church vehemently denied all responsibility or any connection that their prayers were reasons for the act of God.

As the case made its way into court, the judge looked over the paperwork at the hearing and commented:
"I don't know how I'm going to decide this case, but it appears from the paperwork, we have a brothel owner who believes in the power of prayer and we have an entire church that doesn't."
-----------
From Krisna Setiawan
http://static.howstuffworks.com/gif/lightning-noaa.jpg
Posted by pratanacoffeetalk at 2:53 PM

Email ThisBlogThis!Share to TwitterShare to FacebookShare to Pinterest
Labels: Story