THE MOST EXPENSIVE MODERN CAR IN THE WORLD (video) 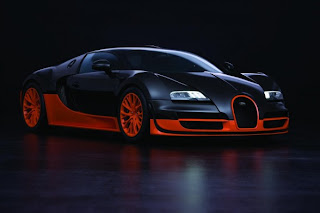 
Designed and developed by the German Volkswagen Group and produced by Bugatti Automobiles SAS at their headquarters in Château St. Jean in Molsheim (Alsace, France), the Veyron's chief designer was Hartmut Warkuss, and the exterior was designed by Jozef Kabaň of Volkswagen, with much of the engineering work being conducted under the guidance of former Peterbilt engineer and now Bugatti Engineering chief Wolfgang Schreiber. 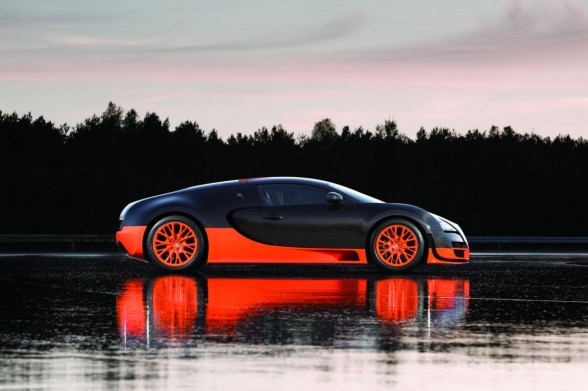 The car is named after French racing driver Pierre Veyron, who won the 24 hours of Le Mans in 1939 while racing for the original Bugatti company. It was named Car of the Decade (2000–2009) by the BBC television programme Top Gear.

A number of special variants have been produced, including two targa tops. In December 2010, Bugatti began offering prospective buyers the ability to customize exterior and interiors colours by using the Veyron 16.4 Configurator application on the marque's official website. 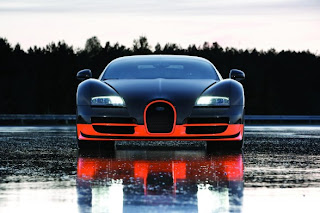 
The Veyron features a 16 cylinder engine , equivalent to two narrow-angle V8 engines mated in a W configuration. Each cylinder has four valves for a total of sixty four, but the narrow staggered V8 configuration allows two overhead camshafts to drive two banks of cylinders so only four camshafts are needed. The engine is fed by four bi-turbochargers and displaces 7,993 cubic centimetres (487.8 cu in), with a square 86 by 86 mm (3.4 by 3.4 in) bore and stroke.

The transmission is a dual-clutch direct-shift gearbox computer-controlled automatic with seven gear ratios, with magnesium paddles behind the steering wheel and a shift time of less than 150 milliseconds, built by Ricardo of England rather than Borg-Warner, who designed the six speed DSG used in the mainstream Volkswagen Group marques.

The Veyron can be driven in either semi- or fully-automatic mode. A replacement transmission for the Veyron costs just over US$120,000. It also has permanent four wheel drive using the Haldex Traction system. 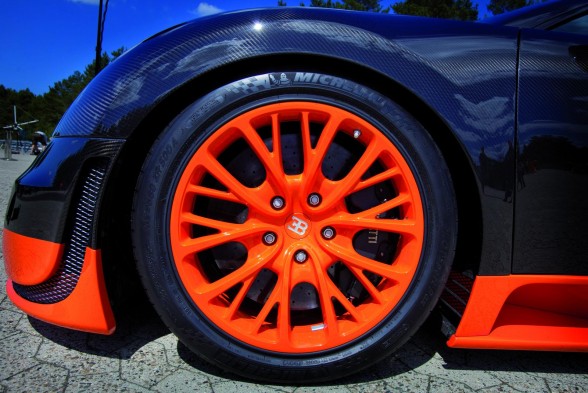 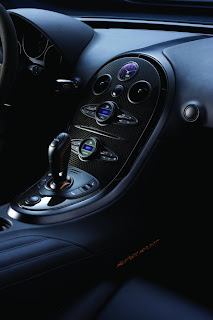 The Bugatti Veyron has a total of ten radiators. 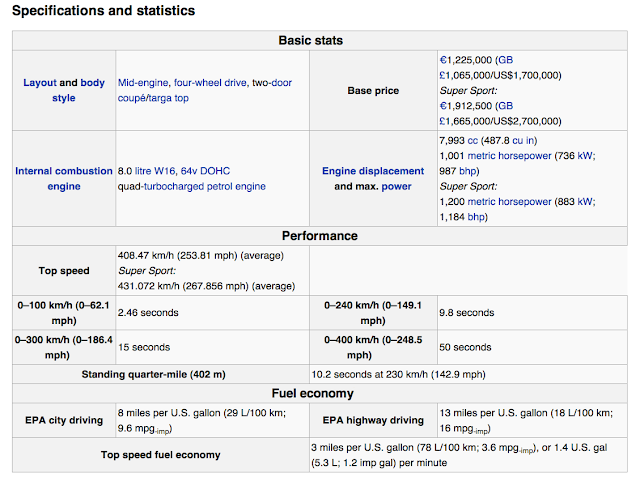