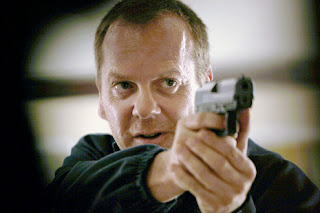 The death of Osama bin Laden at the hands of a U.S. strike force makes for some captivating storytelling, and throughout Hollywood on Monday, discussions reverberated  about how to turn the news into a captivating movie.

As we report in a story in Tuesday's Times, the movie business is in a bind. Executives and filmmakers sense an opportunity -- the Bin Laden killing is one of the few post-9/11 military tales with a satisfying conclusion for American audiences. But it's also tough to make a story suspenseful when everyone on the planet knows how it ends.


Some saw a big commercial play in the Bin Laden strike, so long as any potential film avoids, well, darkness or nuance (darkness and nuance being that things that may have doomed the box-office fortunes of a host of Iraq and Afghanistan war movies). “You need a big star and a lot of action, something the audience can cheer for,” said one longtime studio marketing executive. Call it the U-S-A version of the film, and one that a Sylvester Stallone could adapt, with only some liberties, for the upcoming "Expendables" sequel. 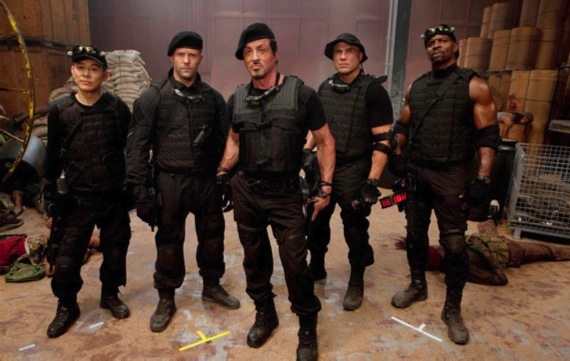 Another action movie in the works that might be ripe for a Bin Laden plot element: Tony Scott's film based on TV's “24.” Kiefer Sutherland's Jack Bauer of course is a shrewd and lethal government counter-terrorism agent whose storylines often parallel current events. Fans already seemed to be sending Scott a message on Sunday night: Shortly after President Obama announced Bin Laden had been killed, “Jack Bauer” was a trending topic on Twitter.

But others in Hollywood, including Bryan Singer, who directed “Valkyrie” — the 2008 Tom Cruise movie about an elite group conspiring to kill Hitler — said they saw in the Bin Laden saga a chance for something more detail- and character-driven.

"I could see a kind of ‘All the President’s Men,’ where we track moments of intelligence and how agents followed the trail,” he said. “Just because we know how the story ends doesn’t mean it can’t be interesting or exciting.”

Perhaps the most interesting case is a planned movie from Mark Boal and Kathryn Bigelow, the writer-director team behind "The Hurt Locker." Based on a book about the search for Bin Laden in Tora Bora after 9/11 (a manhunt with a rather different feel and finish), their untitled film will get, according to one person familiar with it, "new context" and a new ending in the wake of Sunday's news. 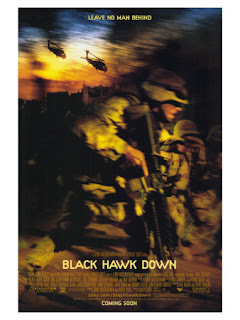 If their film was at a studio, Sunday's news may have well got the project hung up in committee, as executives debated how and whether to tackle the subject. But because it's being financed independently (by Larry Ellison's daughter Megan Ellison), it could still shoot as early as this summer. (There's plenty on the line, and not just culturally; according to one studio executive who heard the pitch, it's budgeted between $20-$25 million.)

From Israeli-raid  tale “Raid on Entebbe” to Somalian drama “Black Hawk Down” to  “Valkyrie,” Hollywood has a long history of movies about targeted military strikes on villains. Already a number of pundits -- CBS' Lara Logan, to name one -- are willing to make the connection between the Bin Laden death and the film world, comparing the strike to "Black Hawk Down" and others. We'll soon see if American audiences are willing to make the connection too.
------------
http://latimesblogs.latimes.com/movies/2011/05/osama-bin-laden-movie-bigelow-boal-24-jack-bauer.html
http://www.ohthescandal.com/wp-content/uploads/2011/01/kiefer.jpg
http://cdn.screenrant.com/wp-content/uploads/The-Expendables-2-release-date.jpg
http://cache2.allpostersimages.com/p/LRG/40/4025/JROWF00Z/posters/black-hawk-down-2001.jpg
Posted by pratanacoffeetalk at 1:38 PM