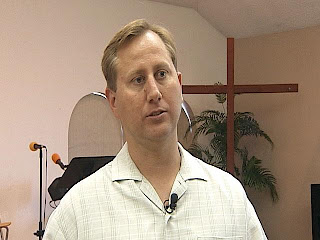 A North County pastor who used to be a Navy SEAL spoke with 10News on Sunday about his unique perspective on the military's raid that killed Osama bin Laden.

Ten years ago, Gunnar Hanson was a Navy SEAL. Now, Hanson is the senior pastor at Valley Baptist Church in Valley Center.


He spoke with 10News about being a man of the church and man who has served in combat as well as how he feels about the Navy SEALs raid.

"I don't know many pastors who have served in the SEAL teams as long as I have and then have the Bible credentialing," said Hanson.

Hanson said he felt proud of his SEALs but also conflicted because his two worlds collided. Even worshippers from his church were confused on how to feel.

"There [were] a lot of 'what is the appropriate way to respond to this?' e-mails [that] came in… so many that I couldn't respond to almost anybody," said Hanson.

Hanson said he felt compelled to write his feelings on his blog along with thoughts from his master's thesis entitled, "The Christian and Combat."

"My response is really born as a warrior who struggled with this belief of how do these two worlds come together," he said.

Hanson's words caught the attention of bloggers and landed him on a nationally-syndicated radio talk show this week.

"Being an agent of the authorities and at the same time one of faith who has to love his enemy… it's very difficult to process," he said.

After receiving encouragement from his friends in the military, law enforcement and his church, Hanson said he will now turn his thoughts into a book.

He said with the death of bin Laden, he feels compelled to write his book sooner than later.