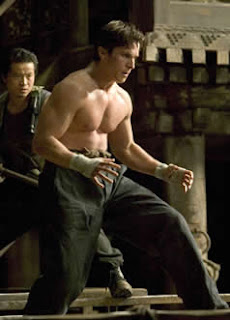 Keysi Fighting Method (KFM) is a method of self defense that is based on natural fighting instincts and several street fighting techniques, developed by Justo Diéguez Serrano from his fighting experiences in the streets of Spain. The system was founded with the help of Andy Norman. Both founders, Justo Diéguez and Andy Norman, are certified Jeet Kune Do instructors under Dan Inosanto. The Keysi Fighting Method became famous after it was used in the fighting choreography of the movies Batman Begins and its sequel, The Dark Knight.

KFM was created in the 1950s on the streets of Spain and is in a constant state of evolution.

KFM makes use of multiple attacking ranges, with or without weapons. The KFM trademark is the thinking man (pensador) and thinking man attack (pensataq), which makes use of a tight defensive shape to protect the most precious part of the body, the head, and smashes and opens up the opponent for the finish using all ranges of strikes — punches, hammer fists, kicks, knees, head butts, and the sharp elbows — all at high, middle, and low lines on the opponent.

When using the pensador, the combatant places both hands on his head and guards his head and face with cyclical movements of the forearms and elbows. The pensador uses a system of "windows" during these rapid and fluid movements to sight the opponent. This system allows the combatant to protect his face and head while maintaining visual on his opponent.

Unlike many martial arts, KFM tends to get into extreme close quarters when in combat. From the Pensador defense a variety of counter attacks to vital targets (such as the biceps, kidneys or solar plexus) are often launched. KFM also relies on understanding how people typically move or attack in a fight so that when striking, the opponent's body moves to expose further targets.

Another aspect of KFM is its "360-degree" approach to multi-assailant attacks whether standing, kneeling, sitting or lying down. Part of KFM's philosophy is the redefining of the terms "predator and prey" as well, where the would-be victim becomes the predator and the would-be attackers his/her prey.

Most schools offering KFM are located in Europe, but seminars have been introducing it to the United States where instruction has now been established in New York, Texas, Georgia, Maryland, Delaware and Orlando, Florida.

KFM is also starting to develop in Australia, with schools appearing in Perth, Brisbane and Canberra. 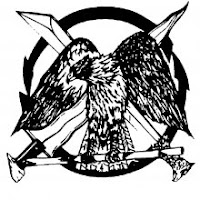 KFM was featured in the movie Batman Begins as Batman's fighting style after it was introduced to the stunt coordinators by Jujutsu world champion Buster Reeves, who was Christian Bale's stunt double for the movie. It is again used as Batman's primary fighting style in the sequel The Dark Knight.