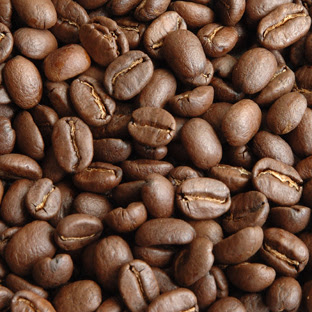 The global spread of coffee growing and drinking began in the Horn of Africa, where, according to legend, coffee trees originated in the Ethiopian province of Kaffa. It is recorded that the fruit of the plant, known as coffee cherries, was eaten by slaves taken from present day Sudan into Yemen and Arabia through the great port of its day, Mocha. Coffee was certainly being cultivated in Yemen by the 15th century and probably much earlier. In an attempt to prevent its cultivation elsewhere, the Arabs imposed a ban on the export of fertile coffee beans, a restriction that was eventually circumvented in 1616 by the Dutch, who brought live coffee plants back to the Netherlands to be grown in greenhouses.
Initially, the authorities in Yemen actively encouraged coffee drinking. The first coffeehouses or kaveh kanes opened in Mecca and quickly spread throughout the Arab world, thriving as places where chess was played, gossip was exchanged and singing, dancing and music were enjoyed. Nothing quite like this had existed before: a place where social and business life could be conducted in comfortable surroundings and where - for the price of a cup of coffee - anyone could venture. Perhaps predictably, the Arabian coffeehouse soon became a centre of political activity and was suppressed. Over the next few decades coffee and coffeehouses were banned numerous times but kept reappearing until eventually an acceptable way out was found when a tax was introduced on both. 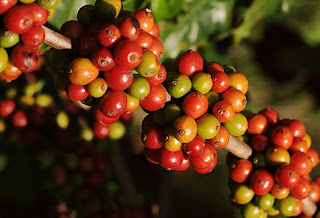 By the late 1600’s the Dutch were growing coffee at Malabar in India and in 1699 took some plants to Batavia in Java, in what is now Indonesia. Within a few years the Dutch colonies had become the main suppliers of coffee to Europe, where coffee had first been brought by Venetian traders in 1615. This was a period when the two other globally significant hot beverages also appeared in Europe. Hot chocolate was the first, brought by the Spanish from the Americas to Spain in 1528; and tea, which was first sold in Europe in 1610. At first coffee was mainly sold by lemonade vendors and was believed to have medicinal qualities. The first European coffeehouse opened in Venice in 1683, with the most famous, Caffe Florian in Piazza San Marco, opening in 1720. It is still open for business today. The largest insurance market in the world, Lloyd's of London, began life as a coffeehouse. It was started in 1688 by Edward Lloyd, who prepared lists of the ships that his customers had insured.
The first literary reference to coffee being drunk in North America is from 1668 and, soon after, coffee houses were established in New York, Philadelphia, Boston and other towns. The Boston Tea Party Of 1773 was planned in a coffee house, the Green Dragon. Both the New York Stock Exchange and the Bank of New York started in coffeehouses in what is today known as Wall Street.
In 1720 a French naval officer named Gabriel Mathieu de Clieu, while on leave in Paris from his post in Martinique, acquired a coffee tree with the intention of taking it with him on the return voyage. With the plant secured in a glass case on deck to keep it warm and prevent damage from salt water, the journey proved eventful. As recorded in de Clieu's own journal, the ship was threatened by Tunisian pirates. There was a violent storm, during which the plant had to be tied down. A jealous fellow officer tried to sabotage the plant, resulting in a branch being torn off. When the ship was becalmed and drinking water rationed, De Clieu ensured the plant’s survival by giving it most of his precious water. Finally, the ship arrived in Martinique and the coffee tree was re-planted at Preebear. It grew, and multiplied, and by 1726 the first harvest was ready. It is recorded that, by 1777, there were between 18 and 19 million coffee trees on Martinique, and the model for a new cash crop that could be grown in the New World was in place. 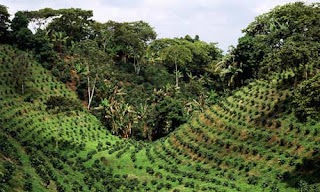 But it was the Dutch who first started the spread of the coffee plant in Central and South America, where today it reigns supreme as the main continental cash crop. Coffee first arrived in the Dutch colony of Surinam in 1718, to be followed by plantations in French Guyana and the first of many in Brazil in the state of Pará. In 1730 the British introduced coffee to Jamaica, where today the most famous and expensive coffee in the world is grown in the Blue Mountains.
The 17th and 18th centuries saw the establishment across Brazil of vast sugar plantations or fazendas, owned by the country’s elite. As sugar prices weakened in the 1820’s, capital and labour migrated to the southeast in response to the expansion of coffee growing in the Paraiba Valley, where it had been introduced in 1774. By the beginning of the 1830’s Brazil was the world’s largest producer with some 600,000 bags a year, followed by Cuba, Java and Haiti, each with annual production of 350 to 450,000 bags. World production amounted to some 2.5 million bags per year.
The rapid expansion of production in Brazil and Java, among others, caused a significant decline in world prices. These bottomed out in the late 1840’s, from which point a strong upward movement occurred, reaching its peak in the 1890’s. During this latter period, due mainly to a lack of inland transport and manpower, Brazilian expansion slowed considerably. Meanwhile, the upward movement of prices encouraged the growth of coffee cultivation in other producing regions in the Americas such as Guatemala, Mexico, El Salvador and Colombia. 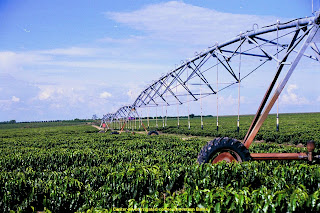 In Colombia, where coffee had been introduced by the Jesuits as early as 1723, civil strife and the inaccessibility of the best coffee-growing regions had hampered the growth of a coffee industry. Following the “Thousand Days War” of 1899 to 1903, the new peace saw Colombians turn to coffee as their salvation. While larger plantations, or haciendas, dominated the upper Magdalena river regions of Cundinamarca and Tolima, determined peasants staked new claims in the mountainous regions to the west, in Antioquia and Caldas. New railways, relying on coffee for profit, allowed more coffee to be grown and transported. The opening of the Panama Canal in 1914 permitted exports from Colombia’s previously unreachable Pacific coast, with the port of Buenaventura assuming increasing importance.
In 1905 Colombia exported five hundred thousand bags of coffee; by 1915 exports had doubled. While Brazil desperately tried to control its overproduction, Colombian coffee became increasingly popular with American and European consumers. In 1914 Brazil supplied three-quarters of U.S. imports with 5.6 million bags, but by 1919 that figure had fallen to 4.3 million, while Colombia’s share had risen from 687,000 to 915,000 bags. During the same period Central American exports to the U.S. had risen from 302,000 to 1.2 million bags. 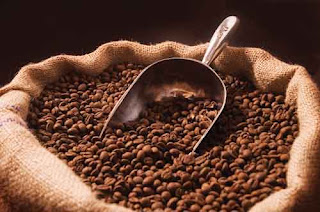 In spite of political turmoil, social upheaval and economic vicissitude, the 20th century saw an essentially continuous rise in demand for coffee. U.S. consumption continued to grow reaching a peak in 1946, when annual per capita consumption was 19.8 pounds, twice the figure in 1900. Especially during periods of high global prices, this steadily increasing demand lead to an expansion in production throughout the coffee-growing regions of the world. With the process of decolonisation that began in the years following the Second World War, many newly independent nations in Africa, notably Uganda, Kenya, Rwanda and Burundi, found themselves in varying degrees dependent on coffee export revenue. 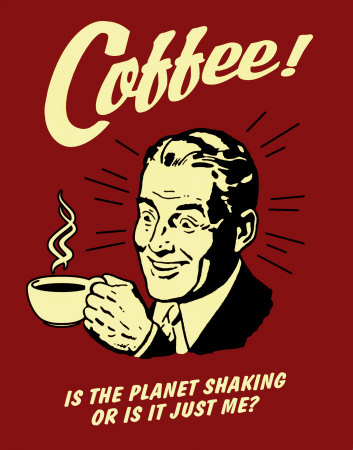 For US coffee drinkers, the country’s wettest city, Seattle, has become synonymous with a new type of café culture, which, from its birth in the 1970s, swept the continent, dramatically improving the general quality of the beverage. This new found 'evangelism' for coffee has spread to the rest of the world, even to countries with great coffee traditions of their own, such as Italy, Germany, and Scandinavia, adding new converts to the pleasures of good coffee. Today it is possible to find good coffee in every major city of the world, from London to Sydney to Tokyo; we are drinking more and, more importantly, better coffee.
The importance of coffee to the world economy cannot be overstated. It is one of the most valuable primary products in world trade, in many years second in value only to oil as a source of foreign exchange to producing countries. Its cultivation, processing, trading, transportation and marketing provide employment for hundreds of millions of people worldwide. Coffee is crucial to the economies and politics of many developing countries; for many of the world's Least Developed Countries, exports of coffee account for more than 50 percent of their foreign exchange earnings. Coffee is a traded commodity on major futures and commodity exchanges, most importantly in London and New York.
----------------
The article is written by Ariady "CoffeeMan" Tako
http://mapa-arts.org.uk/images/coffee.jpg
http://www.executetradingpvtltd.in/yahoo_site_admin/assets/images/iStock_coffee_plant.258150606.jpg
http://upload.wikimedia.org/wikipedia/commons/f/f6/Coffee_Plantation.jpg
http://www.panamaqmagazine.com/new%20images/coffee_coffee-bag.jpg
http://richarddetrich.files.wordpress.com/2007/12/brazil-coffee-farm.jpg
ttp://static.guim.co.uk/sys-images/Travel/Pix/pictures/2010/3/10/1268215588083/Coffee-plantation-near-Ar-001.jpg
http://allcoffeedeals.com/images/cup_of_coffee_morning.jpg
Posted by pratanacoffeetalk at 12:35 PM