THE VISION OF PRAYER 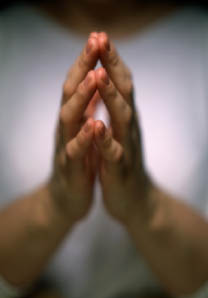 A Christian monk earnestly prayed that a vision of Jesus Christ might be revealed to him. After praying for many hours, the monk heard a voice telling him the visionwould occur the next morning at daybreak. Before the first rays of dawn appeared the following morning, the monk was on his knees at the altar.

A fierce storm was brewing, but the monk paid it no heed. He watched and prayed and waited for the vision. As the storm broke in great fury, a soft knock came at the door. Interrupted in his devotions, the monk turned away from the altar to open the door. He knew some poor wayfarer was seeking shelter from the raging storm. As he turned toward the door, he caught a glimpse of the vision for which he had prayed.


Torn between his desire to stay and experience the vision—one that he felt would last but for a moment—and his desire to help a brother in distress, the monk quickly decided that duty must come first. Upon opening the door, he gazed into the bright blue eyes of a small child who had apparently lost her way. She was tired, shivering from the cold, and hungry.

The monk gently reached out his hand and led the child into the warm room. He placed a bowl of milk and some fresh bread before her and did everything he could think of to make her comfortable. Warm, fed, and comfortable, the child fell asleep in a chair.

Then, with a heavy heart, he turned back toward his altar, fearing that the vision had vanished. To his joy and surprise, it was there—clear and bright and shining with radiant glory! As the monk gazed rapturously upon the precious vision for a long time, he heard a voice gently speak: “If thou had not attended to my little one, I could not have stayed.”
----------
http://www.inspirationalstories.com/the-vision-of-a-prayer/
http://img.forministry.com/0/08/08115E03-7949-4656-AB199C15421D8C88/8CBCFDBA-707C-4D8E-AB0174DB9144BC19.jpg
Posted by pratanacoffeetalk at 5:20 AM