THE TOMB OF MONA LISA 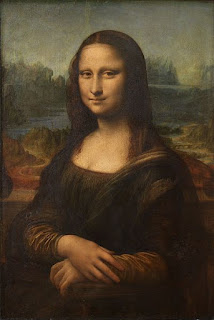 Italian archaeologists are planning to dig up the remains of a rich silk merchant's wife believed to be the model for the Mona Lisa.

A team of researchers will begin excavations later this month to search for the tomb beneath a convent in Florence, the suspected burial place of Lisa Gherardini.

Most scholars believe that the Florentine woman was the model for Leonardo's famously enigmatic portrait. The archaeologists' ultimate aim is to find enough skull fragments to enable them to reconstruct her face, so a direct comparison can be made with the Mona Lisa.


It could solve a mystery that has intrigued art historians for centuries - the identity of the subject of the world's most well known painting, which hangs in the Louvre Museum in Paris.

Other theories suggest that the Mona Lisa was inspired by Florentine noblewomen, courtesans, street prostitutes, the artist's homosexual lover and even Leonardo himself. The team will be led by Silvano Vinceti, an art historian who last year announced that he had found the remains of the Renaissance genius Caravaggio, although his claim was disputed by other scholars.

Excavations will take place beneath the former Convent of St Ursula in central Florence, where Gherardini is believed to have died in her sixties in 1542.

The team will use ground-penetration radar to search for forgotten tombs inside the building. Any human remains will be DNA tested against bones from Gherardini's offspring.
-----------
http://www.canada.com/mobile/story.html?id=4563311
http://en.wikipedia.org/wiki/File:Mona_Lisa.jpeg
Posted by pratanacoffeetalk at 4:51 PM