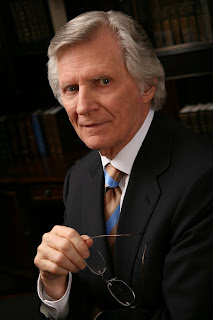 Rev. David Wilkerson, founding pastor of Times Square Church in New York City and author of the well-known book The Cross and the Switchblade, was killed Wednesday in a head-on collision in Texas. He was 79.

"It is with deepest of sadness that we have to inform you of the sudden passing of Reverend David Wilkerson, our founding pastor," Times Square Church Senior Pastor Carter Conlon said in a statement on the church website.

Conlon added that details of the family's wishes and a memorial service would be provided as information became available.

Wilkerson was driving east on U.S. 175 in Texas Wednesday afternoon, and moved into the opposite lane where a tractor trailer was driving westbound. The truck driver saw the car and tried to move out of the way, but still collided with the pastor's car head on, according to Public Safety Trooper Eric Long.

It's unclear what caused Wilkerson to veer into the other lane. His wife Gwen was also involved in the crash and rushed to the hospital, along with the truck driver.

Wilkerson was pronounced dead on the scene.

Wilkerson posted a blog dated April 27 -- the day of his death. In the post, titled "When All Means Fail," he encouraged those facing difficulty to "hold fast" and stand strong in faith.

"To those going through the valley and shadow of death, hear this word: Weeping will last through some dark, awful nights, and in that darkness you will soon hear the Father whisper, "I am with you,'" Wilkerson wrote. "Beloved, God has never failed to act but in goodness and love. When all means fail-his love prevails. Hold fast to your faith. Stand fast in his Word. There is no other hope in this world."

Word of the accident began to spread Wednesday night on social networking sites like Facebook and Twitter. Christians urged prayer for Mrs. Wilkerson, who's in critical condition.

Wilkerson's cousin Rich Wilkerson confirmed the death on Twitter.
"It is confirmed my dear cousin David Wilkerson lost his life in a tragic car accident this afternoon.. Prayers r needed at this time," he tweeted.

Rev. Wilkerson spent the early part of his ministry reaching out to gang members and drug addicts in New York, as told in his bestselling book The Cross and the Switchblade. 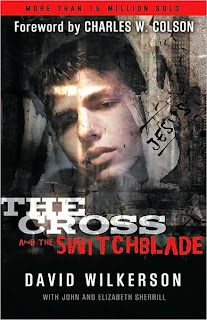 "The term LEGEND is often used to describe a person of extreme influence but what about a man that supersedes superlatives..david wilkerson," his cousin tweeted right after confirming his death.

In 1971, he started World Challenge, Inc. as an umbrella for his crusades, conferences, evangelism and other ministry. The Times Square Church was founded under the group in 1987.

The church is now led by Pastor Carter Conlon and has more than 8,000 members.

"Please remember the Wilkerson family in your prayers as our founder, Rev. David Wilkerson, went to be with the Lord this evening," Teen Challenge told Twitter followers.