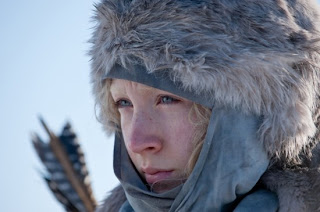 Take an Oscar-nominated 16-year-old, give her super assassin skills, and place her into a Bourne Identity-style plot and you will end up with the basic idea for Hanna. Although the action movie formula seems easy, serious action films are hard to come by. Hanna is a good attempt at creating an action film with some soul, but it also falls short in some respects.

Hanna follows its title character (Saoirse Ronan) as she attempts to assassinate Marissa (Cate Blanchett), a United States intelligence agent. Hanna has been trained by her father, Erik (Eric Bana), to be the ultimate killer. However, this training has secluded her to the forest, where she has not seen another human besides her father for nearly all of her life. Hanna is ultimately a coming of age story, albeit one with more blood and violence than normal. 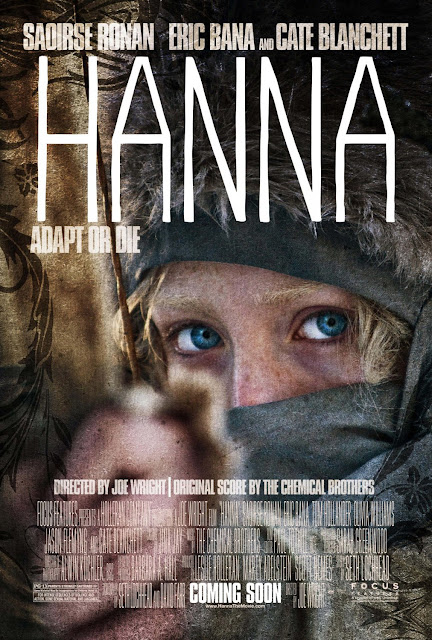 In the opening scene of the film, Hanna hunts a deer. She shoots it with an arrow and chases it down. Just before she kills the deer, she tells it that she has "Just missed your heart." This sentiment drives the film: the idea that she has not experienced the real world, a world full of not only violence, danger, and death but also full of music, friendship, and love. What is at first her father's plan, ultimately becomes something Hanna must figure out on her own. As the tagline says, she must "Adapt or Die."

The acting is great all around. Ronan's ability to switch from sweet innocent girl to deadly killer in a matter of seconds was convincing. Blanchett's portrayal of Marissa made her the heartless government agent that you love to hate. Finally, Bana plays the role of father, which was not necessarily the most engaging character, but fine nonetheless. 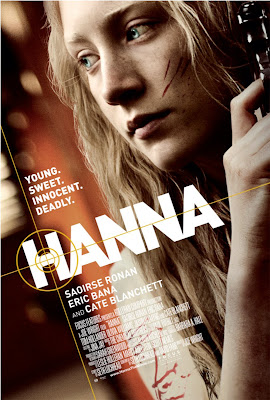 Although Hanna had great acting, the visuals were what drove this film. They were not necessarily action sequences, but rather well imagined and beautiful scenes. This is both one of its highlights and one of its downfalls. There is a lot of deep imagery in the scenes, but there is not much plot or storyline to go along with them. However, on the whole there is enough interest to keep the viewer entertained.

A key aspect of this film was its soundtrack. Scored by The Chemical Brothers, an electronic duo from England, the music follows a similar modern take to movie scores as seen in The Social Network (Trent Reznor) and Tron: Legacy (Daft Punk). The soundtrack was great music; I found myself humming the chase scene song all the way home, but it also distracts the viewer at times. It is a loud, bass-driven score, one that can dominate a scene if not used judiciously. Although it was good music, I'm not sure it worked for all the scenes.

Hanna was an interesting take on the spy versus spy formula. Perhaps taking cues from Kick-Ass' "Hit-Girl", Ronan shows that there should be less Hannah Montanas and more Hannas. While not perfect by any means, Hanna is worth seeing.