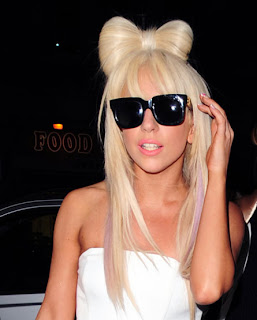 Lady Gaga has instructed her legal team to begin legal proceedings against the small Covent Garden restaurant, Icecreamists, after they sold a product of breast milk ice cream launched as Baby Gaga.


Lady Gaga claims Baby Gaga is, "nausea-inducing" and "intended to take advantage of [her] reputation and goodwill". The legal documents accuse the small ice cream parlour of "riding on the coattails" of Lady Gaga. The central London based food outlet used a waitress dressed as the superstar to serve the bizarre dish, reported in Digital Journal two weeks ago.

The milk, donated by 35-year-old Victoria Hiley, is churned and served as ice cream with a wafer. But three days later Kim Hartman's report told us of Westminster City Council's decision to seize what remained of the concoction over public health concerns. The council are checking the seized milk for viral infections after Icecreamists owner Matt O'Connor paid women £15 ($24) for ten ounces (28 centilitres) of their breast milk.


The documents have told Icecreamists to, "Change the name of the ice cream to something which is not aurally, visually or conceptually similar to Lady Gaga". It warns that failure to do so will result in court action. She also claims the product is "detrimental to her image, [as it is] deliberately provocative and, to many people, nausea-inducing", reports Evening Standard.


Mr O'Connor however is prepared to fight Lady Gaga's "utterly ridiculous" legal action. He said, "This is a David versus Goliath battle I'm convinced we will eventually win. The world's biggest superstar has taken umbrage with the world's smallest ice-cream parlour!"


O'Connor believes the accusation that he has stolen her image as "laughable". He also cites her as hypocritical by saying, "She also seems to have forgotten that since the dawn of time the word 'gaga' has been one of the first discernible phrases to come from a baby's mouth. This is why we chose the name."


He also points out that the Poker Face singer should reflect on her performance at the MTV Video Music Awards, when she wore clothes fabricated from the flesh of dead animals. She also posed for Vogue Japan wearing a raw meat bikini, which outraged those from animal rights' groups.

Posted by pratanacoffeetalk at 8:33 AM