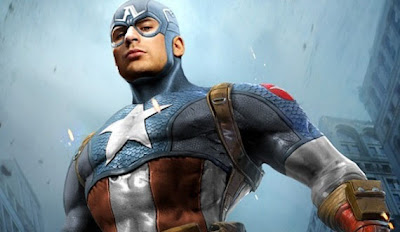 Chris Evans as Steve Rogers / Captain America: A sickly young man who is enhanced to the peak of human perfection by an experimental serum in order to aid the United States war effort. Evans said he declined the part three times before signing a six-picture deal with Marvel, explaining that, "At the time, I remember telling a buddy of mine, 'If the movie bombs, I’m fucked. If the movie hits, I'm fucked! I was just scared. I realized my whole decision-making process was fear-based, and you never want to make a decision out of fear. I can't believe I was almost too chicken to play Captain America". He ultimately agreed to the role, saying, "I think Marvel is doing a lot of good things right now, and it's a fun character. ... I think the story of Steve Rogers is great. He's a great guy. Even if it [were] just a script about anybody, I would probably want to do it. So it wasn't necessarily about the comic itself." Evans also said the film will include humor, finding a "happy medium" between "glossy" and "fantastical" Spider-Man and Fantastic Four films, and darker films like The Dark Knight. On this aspect, he compared The First Avenger to Iron Man. 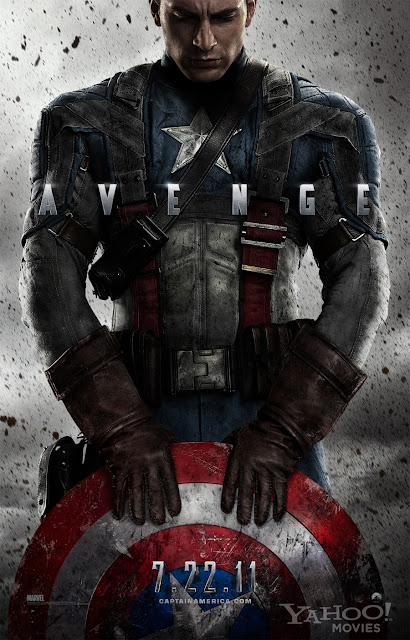 In June 2010, the official logo for Captain America: The First Avenger surfaced on the Internet. Early footage of the film was shown at the 2010 San Diego Comic-Con International with director Joe Johnston admitting that they just started filming four days prior to presenting it at San Diego's convention center. The first television advertisement aired during Super Bowl XLV on the Fox network in the United States. Paramount reportedly paid three million dollars to run the thirty second ad. In January 2011 it was reported that Captain America: The First Avenger would be released simply as The First Avenger in Russia, Ukraine and South Korea due to political sensitivities.

In February 2011, Marvel Comics is scheduled to launch an eight issue digital comic titled, Captain America: First Vengeance, the same day as the first trailer airs during the Super Bowl XLV telecast. Written by Fred Van Lente and featuring a rotation of artists, the story is set in the Marvel Cinematic Universe. Each of the eight issues focuses on a specific character from the movie, heroes and villains alike, and what brought them to the point where the movie begins.