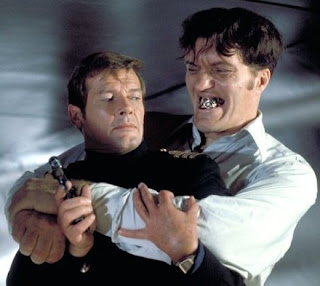 I was working actor for 17 years before playing "Jaws" in my first James Bond film. I suddenly became an overnight success.  Even though I had been in popular and successful films like the "LONGEST YARD" and had appeared in nearly a hundred television shows like "THE WILD WILD WEST," "I SPY," "GILLIGAN'S ISLAND," "I DREAM OF JEANNIE," and others, it wasn't until the two Bond films, "THE SPY WHO LOVED ME" and "MOONRAKER," that I found myself transformed from a recognizable face to an internationally known movie star.

With my face and name on the cover of PEOPLE magazine, I found that at long last, people actually knew my name.  I was suddenly in demand worldwide and even making Chinese films in places like Taiwan and Hong Kong.
Unfortunately, with success came a few unexpected problems.  With all the first-class flights and press parties, I found myself gradually going from a social drinker that had the occasional beer or glass of wine to a full-fledged alcoholic.  I was actually putting vodka into beer and wine to make it stronger and scotch whiskey into my coffee in the morning. 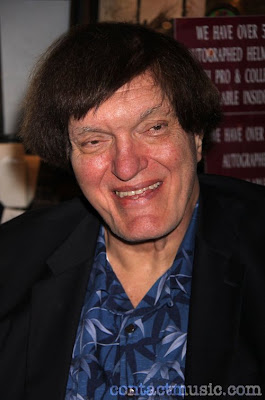 While making "FORCE TEN FROM NAVARONE" in the former Yugoslavia, I had a chance to work with Robert Shaw, a wonderful actor and human being who had starred in lots of very successful movies like "THE STING," and "JAWS" and had written novels and directed several plays.  Besides being very talented, he was the father of ten children, the youngest of which was ten months old.  While working on the movie, he would share letters from his children in college with the rest of the cast.


He shared something else with me besides being an actor.  He had a very serious drinking problem.  After we finished the movie, I saw on television where he had died from a heart attack while playing golf.  It seems his heart just stopped beating.  No wonder I thought, our bodies are not designed to run on that much alcohol.

My wife Diane and I had three children, and it was about that time that I found out that number four was on the way.  I was scared that the same thing was going to happen to me, and like my actor friend, I would leave my wife to take care for the children alone.

I tried very hard to stop drinking "cold turkey," but with all the beer commercials during the football and baseball games it was impossible.  It seemed that every time I would drive somewhere there were billboards along the highway featuring the scotch or vodka ladies.  I even tried medical hypnosis without success.

I had become a Christian when I was about nine years old, reconfirmed that commitment at a youth camp at age 12 and was baptized at the age of twenty-seven.  As a "Christian" I couldn't understand why I was addicted and bound to such a negative habit.  Early one morning, I was watching a program on one of the Christian networks and learned that the Bible said that I could join  together in prayer with other Christians and God could free me from that addiction.  I prayed along with the guest on the program, and although nothing seemed to happen (there were no bells or flashing lights) I found that I had no more overwhelming desire for, and was no longer addicted to alcohol.

A couple of months later I was asked to do a beer commercial for a well known beer company.  It was a very funny commercial and they were offering me $50,000 for one day's work. I told Diane that I didn't feel right about it as I didn't want to influence others to drink, since I knew from personal experience that it could lead to serious problems.  She simply said, "If you don't feel good about it, don't do it."  I turned the beer commercial down, much to the dismay of my agent, my friends, and even some of my relatives.

Not long after that, one of my friend's daughters was graduating from high school as valedictorian at the age of sixteen.  A boy that the girl knew drove into my friend's driveway to say hello on graduation day and hit the gas instead of the brake as he plummeted into the group of girls taking graduation pictures on the front lawn.  My friend's daughter was in intensive care for about a week before she died.  The boy wasn't even drunk as he had only a couple of beers and meant no harm.

I was soon offered an opportunity to do a Japanese milk commercial that featured a famous Japanese comedian.  They shot it on the big island of Hawaii and my whole family got to go and stay at the famous Mauna Kea Beach Hotel.  They paid me $15,000, which  wasn't as much as I would have received for the American beer commercial, but it was a very pleasant experience for the whole family.

I didn't feel so stupid now about the money I gave up turning down the beer commercial as the milk company wouldn't have used me if I had done a beer commercial.

Soon after the milk commercial aired in Japan, I found myself being offered the role of product spokesperson for SHARP ELECTRONICS. I was on the cover of their company brochure, and I did a television commercial for them.  Because it was for the Japanese market only, the pay was just $25,000.

While we were making a film in Oregon, Diane and I got a call late one night to find out that a girl who had often baby sat for us had been killed in a horrible automobile accident where another young man was paralyzed from the waist down for life. The girl was beautiful and had a great personality. She was only thirteen years old.  The culprit? Just a couple of beers.

I knew for sure then then that I had made the right decision and that I would not have to go through life wondering what brand of beer the boys were drinking that night and if I was somehow indirectly responsible.

Finally, the same company that owns "Mug Root Beer" (Pepsico) hired me to do another soft drink commercial.  This time it was for their "Mt. Dew" brand.  We made the commercial just before Christmas last year and as a father of four, the earnings certainly came in handy at that time of the year.

Not only did God deliver me from the bondage of alcoholism, he also blessed my family financially because of my commitment to honor what he had done for me and for not doing what I believed could possibly be destructive to others.