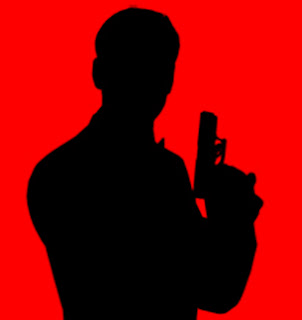 Sasha Tsutserov remembers well the luxurious life he once lived as a former member of the KGB.

In 1991, as the Soviet Union was disintegrating, Tsutserov was converting to Christianity. By July 1993, he had been baptized, and the transformation was complete.

As a convert, he had to give up his salary, the traveling allowances he enjoyed, the paid groceries -- perks that the average Russian lived without. Yet, he doesn't regret leaving that life behind.


From 1917 to 1987, the KGB executed some 200,000 Christian ministers in Russia and destroyed roughly 40,000 churches. "I feel I owe it to Russia -- 200,000 ministers to be trained, and 40,000 churches to be planted," Tsutserov said from Moscow in a telephone interview. Out of respect for his former colleagues and the sensitivity of the work he once performed, Tsutserov would not discuss the specific nature of his job in the KGB. However, he will give witness to his faith in three appearances on Sunday at the Grace Assembly of God, New Whiteland. He will cover the Gospel of St. Mark in his talk.

Since his conversion, Tsutserov, 47, earned a master's degree of divinity from the Asbury Theological Seminary in Wilmore, Ky., and a doctorate in the study of the New Testament at the University of St. Andrews in Scotland. He is now president of the Moscow Evangelical Christian Seminary. 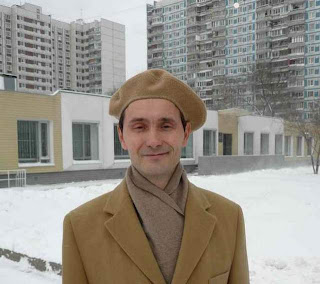 As an evangelical Christian, Tsutserov has given witness at roughly 60 churches throughout the country over the past 17 years. One might suspect that his work surfaces from a sense of guilt or an attempt to reconcile his past. Tsutserov explained that it's work that he does out of his love for God. Tsutserov was brought up by an influential family. His parents hoped he would become a solo violinist. They were disappointed when he pursued a career in the KGB but were comforted that Tsutserov would be provided a good salary flush with benefits.

When he became a Christian and left the KGB, they became worried and suspected he had gone a little crazy. Since then, he has converted both of his parents and an older sister to Christianity.

Tsutserov first learned about Christianity because of his once-suspicious nature: His daughter, Julia, had befriended an American girl whose father was a missionary in Moscow, and his wife, Natasha, had begun tutoring the family in the Russian language. Tsutserov, still a KGB agent at the time, recalls that he wanted to investigate the foreigners who had made such an impact on his family.

However, when he returned home with a smile on his face after a church retreat that he had attended in secret in the early 1990s, his wife was struck with curiosity.

"Since I had never smiled before, it gave me away," Tsutserov said. "I didn't know any better than to tell my wife (that) I became a Christian.

"She, in turn, confessed to me that she had become a Christian even earlier than I did."

Natasha had actually converted a few months earlier, but was wary of disclosing her newfound faith because of Tsutserov's involvement in the KGB.

While atheism is still the majority religion in Russia, the political climate has changed considerably, and Christians can live without fear of political persecution. As leader of the seminary, Tsutserov's mission is to raise awareness of the seminary and encourage donations and scholarships to assist students.

The Moscow Evangelical Christian Seminary is Russia's only nondenominational seminary that is both licensed and accredited by the Ministry of Education of Russia. More than 130 students -- from Belarus to Uzbekistan -- study there. Facilitators International, a nonprofit organization based in Greenwood that raises funds to produce scholarships for roughly 24 theological schools around the world, coordinated Sunday's event.

Those scholarships are used to assist the training of ministers in their home countries.

According to both Tsutserov and Bruce Richardson, Facilitators International president, that training method is more efficient and cost-effective than sending students to the United States or sending U.S. missionaries to schools abroad. Richardson said that in most of those countries, the percentage of Christians that Facilitators works with is so small that schools have to look outward to benefactors in other nations for aid.

"A lot of these countries, like Iran, are very anti-Christian," Richardson added.

Richardson, who is a board member at Grace Assembly of God, said roughly 1,200 visitors attend services each Sunday. He hopes Tsutserov's visit this Sunday will draw in an even larger audience.