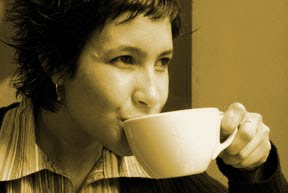 Caffeine has been shown to have very modest effects on increasing metabolism, and is sometimes added as an ingredient to weight loss pills. These pills often make claims about speeding metabolism to 'effortlessly melt' excess fat, but in reality the amount of calories that slimming pills containing caffeine would actually burn is very small.
Caffeine may also suppress appetite, but without making other changes to your diet and lifestyle caffeine is unlikely to make a significant difference to your weight. 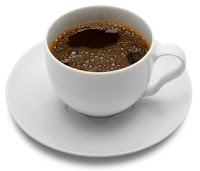 Coffee may be beneficial in some areas of health - for example, research has found it may reduce the risk of developing gallstones and kidney stones.
It's difficult to suggest a safe limit for coffee intake because of the huge variation in caffeine content across different brands and an individual's sensitivity to the drug. People with high blood pressure and pregnant women are advised to limit their caffeine consumption.
For the rest of the population, there's no evidence coffee does any long-term harm. Caffeine does have a very mild diuretic effect but, drunk in moderation, you don’t need to increase fluid intake to any significant degree as the loss of fluid is very minimal.

Tea contains some useful minerals such as zinc, manganese and potassium, and scientists are researching its potential to reduce the risk of coronary heart disease and some cancers.
Tea contains antioxidant substances called flavonoids, which have been shown to help slow or inhibit the chemical reactions thought to take place during the development of coronary heart disease. 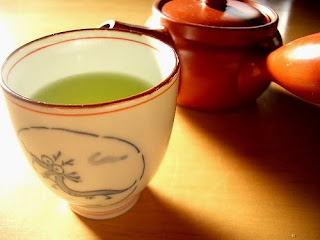 There's also a lot of interest in the health benefits of green tea, particularly in relation to cardiovascular health. Again, this is due to flavonoids, which are powerful antioxidants found in high concentrations in both green and black teas. The concentration of these compounds depends on how long the tea has been brewed, but can range from 125mg to 140mg.
Some studies have compared the concentration of these antioxidant compounds to that found in fruit and vegetables. Flavonoids bring potential benefits to heart health, as well as possible reductions in the risk of Alzheimer’s disease and other neurodegenerative conditions.

Both tea and coffee contain polyphenols that can bind to iron, making it difficult for our bodies to absorb. Avoiding tea and coffee during and around mealtimes is important for people at risk of iron deficiency.

The article is taken from:
http://www.bbc.co.uk/health/healthy_living/nutrition/healthy_caff.shtml
Posted by pratanacoffeetalk at 6:25 PM